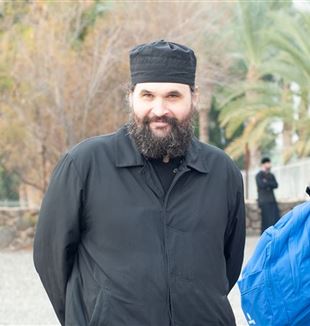 Father Georgij (Jurij) Orekhanov died suddenly during the Week of Prayer for Christian Unity, which takes place between the feast of the Baptism of Christ and the feast of St. John the Baptist, according to the Orthodox Calendar. Born on May 2, 1962, he was married with four children and was a priest of the Patriarchate of Moscow. Professor of History of the Russian Church at Saint Tikhon's Orthodox University, he also held the role of pro-rector of International Relations.

For some years, he had been cultivating a deep friendship with some friends of Communion and Liberation in Russia and Italy, where this very week he planned to travel for a public meeting with Franco Nembrini in Livorno. Over time, his esteem for the movement had grown and, on the theme of unity between Orthodox and Catholics, he loved to repeat a phrase that Abbot Sergio Massalongo had told him during a visit to the Cascinazza monastery: "It is not us who create unity. But it is unity that generates each of us".

The following is a contribution by Fr. Orekhanov on the theme of the 2015 Rimini Meeting, “What is this lack a lack of, oh heart, of which all of a sudden you are full?”, published in the July/August Italian issue of Traces of that year. 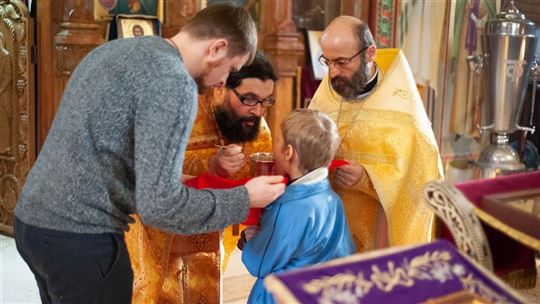 Often man's life is like a desert. We can have it all - family, success, a career, an interesting job- but often the most important thing is missing. Yet there are times when, in the middle of this desert, what really matters appears before us.
Let us think of the Gospel: it is the story of a long series of encounters. People meet Jesus and their eyes open. What is missing in our lives are these evangelical encounters.

Recently, whilst I was in Italy, Franco Nembrini took me to meet a former student of his who decided to open a dairy factory in a valley near Bergamo. Franco's idea was that my son, who is going through a difficult time, could go and work there for a while. This boy, 29 years old, told me things of great depth. Impressed by him and by some of his gestures, I asked him to teach my son the beauty of Christianity. Franco corrected me by telling me that when we attempt to define how the other will meet Christianity, we usually get the opposite result. He pointed to a piece of salami that was on the table and said, "Your son will begin to change when he realizes that within this piece of salami is the fruit of love for one’s own work. Only fascination towards a different way of doing everyday things can raise the question of its origin".

For me, this was an "evangelical encounter". But what I am beginning to understand more and more is that the encounter with what fills this lack, that is, with the meaning of things, must take place in reality. Often the encounter with what fills our existential desert does not take place because man does not look have an authentic gaze towards himself and what surrounds him. We are focused on our problems, on ourselves, and we do not pay attention to reality. Instead, if we are available and open, life is filled with an unexpected love.