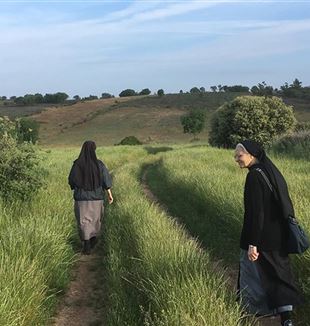 Palaçoulo is a small village in the Portuguese countryside, unknown to most people. Built over the remains of an ancient Roman settlement and surrounded by artificial ponds coveted for summer fishing, there is not much more to tell a tourist who wants to venture into the area. Yet, for two years, an extraordinary event has been engaging the entire local community. The event is the construction of the Trappist monastery of "Santa Maria Mãe da Igreja": for some time now, there has no longer been a Cistercian convent in Portugal. An unexpected event, a call, however, changed things. This is what Sister Giusy tells us, after a life spent in the monastery of Vitorchiano, in the Viterbo area, and appointed superior for the Palaçoulo foundation.

Why Portugal? The answer is simple: "Because in this land blessed by Mary, no Cistercian monastery remains, of the 24 that resided there in the course of its history, and because in a remote region like Tras os montes, where young people leave and old people die, we want to say a word of life". The decision to leave came from the encounter of two factors: "One was our own need: today Vitorchiano has 78 members and, in the monastery, there are almost no cells available for those who want to enter"; and the meeting with Monsignor Josè Cordeiro, Bishop of the diocese of Bragança-Miranda, who "expressed the desire to have a place, for his people, a place that would testify to the centrality of the evangelical and liturgical life". The response of the inhabitants was very generous: "They gave us the land on which we are building the guesthouse and where the actual monastery will be built. We have a very moving map where the names of the donors are written on each lot. Twenty-eight hectares, without which we could not have done anything. All this made us "surrender", as if it were the tenderness of Our Lady". 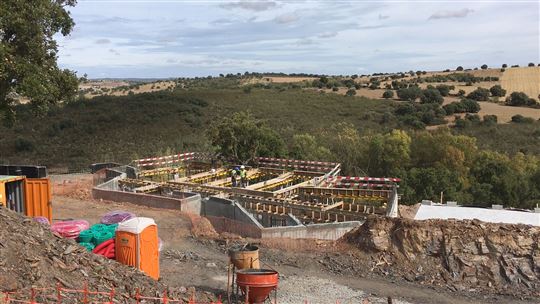 It seems strange to say: cloistered nuns who become missionaries. Yet, in them, you don't find a shadow of sentimentality or easy enthusiasm: "We leave certain that the Christian community in its concreteness - and the monastery is a very concrete and radical expression of being a community in the Church - is not something outdated in our Europe. Rather, it is still the only answer we can give to the people who inhabit our lands". Moreover, the sisters of Vitorchiano are, today, an extraordinary example of the flowering of cloistered life, even though they are Trappists of the Cistercian Order of the Strict Observance, that is, one of the most rigorous orders that practice the Benedictine Rule ("Ora et labora", but also silence and solitude). Since 1957, there has not been a year without new vocations and much is due to the friendship that was born between Don Giussani and Mother Cristiana, the (then) young superior who, in 1964, welcomed a girl from the Berchet High School in Milan. It was the beginning of a spiritual harmony that multiplied the number of calls.

It is a vocation made for the world. In fact, the foundation in Portugal is not the first to leave the "motherhouse". There are others in Tuscany, Valserena, Argentina, Chile, Indonesia, Venezuela and the Philippines. There are also five sisters in a community in the Democratic Republic of the Congo, while other realities, "grandchildren", born from the previously founded communities, have flourished in Syria, Angola, Brazil, Macao: "In 2007 some sisters, to whom I was very attached, left for the Czech Republic. That moment was intense for me and for all of us", describes Sister Giusy. "It meant letting beloved faces go and opening up to new girls. And the Lord has blessed us again: with new vocations, with a new vitality and with a renewed openness to live our being Church for the world. We trust that this will also be the case in Palaçoulo". 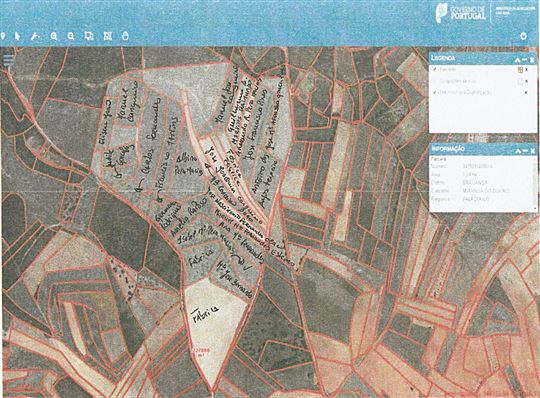 At first, ten of them will leave for Portugal. A well varied group, to facilitate the installation of monastic life, without leaving those who remain in difficulty. The choice fell on some nuns who had already taken solemn vows, willing to walk together, rooted in their vocation, with different and complementary gifts so that everything that constitutes the life of the community will at least be sketched out. So, among them, there are those who know how to sing, those who are able to set up the liturgy or work and the economy, those who devote themselves to hospitality... The departure, however, is not without difficulties. "The new foundation was and is a gift, but I don't think any of us dreamt of any adventure. There is a dimension of detachment and suffering, because we have always lived rooted in a place and we are made up of the faces of our community. But from death and from the gift of self comes life. It is a gift that concerns both those who leave and those who remain, even if in a different way. When one "chooses", or rather, when one "is chosen" for seclusion, the perception one has is that if one does not give God to others, in the end, one does not give anything. Only He can truly respond to the needs of men".

Nothing special, assures Sister Giusy. Besides, aren't these dynamics common to all, lay people and consecrated people? "The fact that one community funds another recalls the reality that a mature adult is called to start a family, to generate, but he does so because this is the truest and greatest way to fulfil his humanity. The judgment is clear: "One of the "crimes" that has occurred in the Western world has been to separate this fruitfulness from the life of people. Instead, a community, like a family, is renewed and grows only if it can bet on life. This is the basis of what might seem like "madness", but which, to us, seems to be the truest and most reasonable thing to risk. This also gives rise to the courage to ask people to help and accompany us, as they can: with their professionalism, with their generosity or even just with their prayers".

The work has already begun, with the idea of moving to the new monastery in October 2020. "Are we doing something special? I don't know, it doesn’t seem like that to us at least: that's not how we live this adventure. It's a call. And there's nothing more beautiful than saying yes".