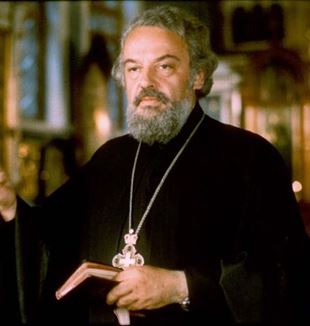 Almost thirty years after the death of Fr. Aleksandr Men, an exhibition has been inaugurated in Moscow that represents, through large photographs, biographical information and excerpts from his writings, his spiritual journey and the salient points of his message. The exhibition is curated by the parish of St. Sergius. This church was built, a few years ago, in the village of Semchoz, where Fr. Men' lived and died, in order to preserve the memory of this sacred place, now object of frequent pilgrimages.
The exhibition is entitled "Missionary of the 21st Century". And truly, Men’s witness and legacy accompany the man of today, prophetically responding to the questions and challenges posed by the new social and political context and indicating, with luminous certainty, a path that leads to the heart of life.

9 September 1990 – the dawning of the perestroika, the country was still uncertain as to how these events would develop- about fifty kilometers from Moscow, an Orthodox priest, who was going to his parish for the Sunday celebration, was killed by the blow of an axe. Was it the crime of a maniac, of an anti-Semitic fanatic? The last goodbye of a dying regime? No light has ever been shed on this tragic event, but I remember how, for a few days, the whole of Russia held its breath, astonished and upset by the loss of a man who, in the space of a few months, in a developing climate of euphoric freedom, had risen to the forefront of all the press and mass media.
They called him “the apostle of Russia of the twentieth century ", because in all simplicity and naturalness, through his preaching and his books, he challenged the general conviction that the "impossible was impossible", that is, that faith could not say anything to the contemporary man, and he dissolved the lie that Christ is a myth, or at least a distant thing, of the past. 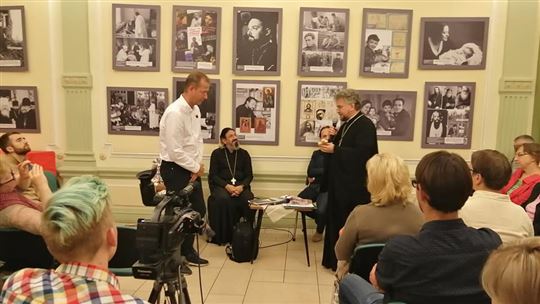 For Fr. Aleksandr, the Mystery was a familiar Presence, transparent in every great or small reality of life, in the great events of human history, as well as in natural phenomena. The Mystery - he had learned since he was a child, in one of the small Christian communities, of the twentieth century, that was hidden in the catacombs and to which his mother had introduced him - took on a human face and came to live among us. The greatness of human reason lies in learning to discern the traces of this Presence, which is the only thing that can fill man’s thirst for happiness and infinity: it was precisely this that made him so fascinating to the eyes of thousands, millions of people, against the backdrop of Soviet ideology that triumphantly announced a progress built by subjugating the human person, levelled and reduced to the inner workings of the system.

The most mature fruit of the testimony given by Father Aleksandr to the living presence of Christ, is the book The Son of Man, on which he worked for almost 40 years. First disseminated through samizdat, it was printed in Brussels in 1968 (the author appeared under the pseudonym of A. Bogoljubov) and then sent illegally to the USSR. After the perestrojka, it was distributed through the book market. Fr. Aleksandr also conceived and carried out a major editorial project in six volumes, entitled In search of the Way, Truth and Life, and which constitute a sort of path of Christian reflection on the history of human religiosity, as an expression of man's innate religious sense, which finds its ultimate answer in Revelation, in Christ and in the Church. It is no coincidence that, after reading Fr. Giussani's The Religious Sense, he wanted to write a preface for the Russian reader. More than 4 million copies of his books have been distributed, and his works have been translated into over 40 foreign languages. Since 2015, the Patriarchate of Moscow has been publishing his Opera omnia.

The speakers who participated in the presentation of the exhibition, at the Cultural Centre Library of the Spirit in Moscow, on Wednesday 11 September (two Orthodox priests, a young philosopher and the present writer) answered, from different viewpoints, the question posed by the exhibition: How is Fr. Aleksandr Men''s message relevant today? Fr. Viktor Grigorenko, parish priest of Semchoz, defined Men as not simply just a good preacher, educator, spiritual father or "divulger" (as he was often defined, with certain disparagement, in academic circles), but as the bearer of a Christocentric theological thought still to be explored, because he finds expression, not only in his books, but also in the endless amount of lessons, conversations, articles, letters that make up his legacy. Precious pearls can be found everywhere, in such materials, and they speak to us of an extraordinary capacity to go out to meet man, the whole man and all men precisely by virtue of their centering in Christ. Without this, even traditions, "values" can become stumbling blocks, as he wrote in 1981: "...The ‘roots’ in themselves are a beautiful thing, but they can also be dangerous. In fact, it was precisely the ‘roots’ that prevented the Pharisees from welcoming Christ. The past must be taken into account, but not to the point of preventing ourselves from moving. It is a problem as old as the world. The Christian is always on the border between having roots and being uprooted. Our authentic root is the Gospel. ‘We don't have a stable homeland here’...”

Striking were the observations on ecumenism and dialogue, written to a spiritual daughter who emigrated to the West: "Ecumenism has two roots: an authentic broad and profound spirituality, which is not afraid of otherness, or a superficial putting everything in the same sack. Of course I am for ecumenism of the first kind. But not many people arrive there. What you tell me comes from here…My advice: don't start discussing these things with them. Take the best from the people. As, for example, when we read Tolstoy and Dostoevsky we take what is of value, even if perhaps we don't agree at all with their social conceptions etc.. It preserves its magnanimity of spirit. To say that 700 million Catholics and 350 million Protestants live in error, and that only we are the authentic Church means having an immense pride, without justification... You have to be truly arrogant and misanthropic to talk like that! Weaknesses and sins are not the prerogatives of religions, but of men. There are thousands of superficial Orthodox and many faithful of other denominations who have a deep faith. And it is precisely on this, the ‘judgment of God’ will focus upon the ‘truth’ of each of us. The saints are guides on this path. Here, in two words, is what I wanted to say to you. Don't let yourself be disturbed. Truth and salvation are not in men. As Saint Paul said, we save ourselves only through faith in Christ Jesus".

Or, the clarity of seeing, through crises and difficulties, the means by which Christianity unfolds, between the "presentiment of the Kingdom of the Spirit that will come and the legacy of the great hotbeds of faith that were kindled by our fathers", recognizing its unstoppable beauty: "We are the Church, ourselves. We must not stand there waiting for something, we must set ourselves in motion. Don't think that I don't believe what you tell me. I'm well informed, and I've got a fairly clear idea of the crisis that followed the Council. These kinds of events can't help but leave their mark. But it's none of your business. It's not up to you to worry about "Vatican policy". They are human matters, it's not here that the truth of the Church is played out. The reforms of the rite are always an experiment and a painful experiment. The new generation will mature them. The wave of ‘leftism’ will also calm down with time. They are all fashions, as there have been many in history... Church reforms have also caused crises for us (from the old believers to the innovators). Life is a complex thing, and Christians are immersed in it to the very end... The most important thing remains the level of spiritual life. It is not solved by decrees and reforms. It reawakens deep inside. And when we see it decay, we must increase our responsibility. Truth always brings you back to your heart.