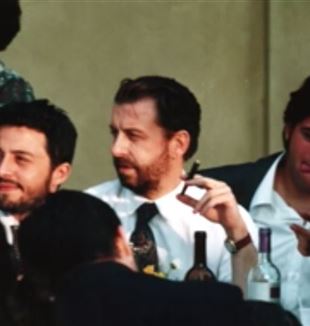 The Archbishop of Modena-Nonantola welcomed the request to begin the cause for the beatification of Enzo Piccinini. This announcement opened the Mass for the 20th anniversary of the death of this surgeon from Emilia Romagna, who was a great friend of Father Giussani and who died on May 26, 1999. Since then, to mark that day, his friends have used an ancient term, from the primitive Church, when the words saint and Christian were synonymous: dies natalis. Archbishop Erio Castellucci welcomed the thousands of people who filled the Cathedral of Modena (also those who were linked by video in the church of Sant’Agostino), quoting a phrase that Enzo used in his most famous testimony, at the CLU Exercises in 1998: “The gusto of life is not denied to the person who fails: it is denied to the person who does not have a connection with the Destiny which makes all things, with the Mystery that is present.” In these words, the Archbishop explained, “his profound humanity is condensed, his passion for life, for family, for work, for friendship. We see his enthusiastic belonging to the Church and his profound faith in Christ.”

Next to Castellucci, there was also Massimo Camisasca, Bishop of Reggio Emilia-Guastella and Father Julian Carrón, president of the Fraternity of Communion and Liberation. It was a festive event, as Camisasca said in his homily, made even more solemn by the live performance of Mozart’s Coronation Mass, the masterpiece that Father Giussani taught the people of CL to love. There to give the announcement of the opening of the cause of beatification was Massimo Vincenzi, president of the Piccinini Foundation, who prayed that “the Lord would make our faith grow and make us hard-working witnesses of the Gospel.”

Bishop Camisasca remembered how, at the beginning of his priesthood, Father Giussani had asked him to stay close to the surgeon from Modena, a hope that the circumstances did not make possible then; but with his nomination as Bishop of the birthplace of Piccinini, he has been able to immerse himself in the familial and ecclesial roots of his friend. “He was a man ‘taken’, reached from on high, by God. For those who met him, it was evident that he was a man inhabited by something or by someone that was both him and not him, by someone greater than him, by the event that had arrived in his life through Father Giussani.” The encounter with the Christian community, Camisasca explained, changed him completely, not because it changed his personality, but because “it changed the horizons toward which he directed his passionate, energetic, indomitable temperament.” He was a man conquered by Christ, “and had decided not to escape from this ‘prison’, because this is what made him free.” And then: “To me, Enzo’s life seemed impossible, like two, three, four lives put together, with a burning intensity, that almost scared me.” He was conquered and became a conqueror. Camisasca explained: “Whoever is assimilated, in one way or another, to the fact of Christ, will always become, albeit in different forms, the creator of a people. Enzo created a people within the people of the Church, enlarging it through the gift of new children, people called in their turn not to the simple repetition of the tradition they received, but to the continual and ever-deeper rediscovery of the gift that had been given to them.” 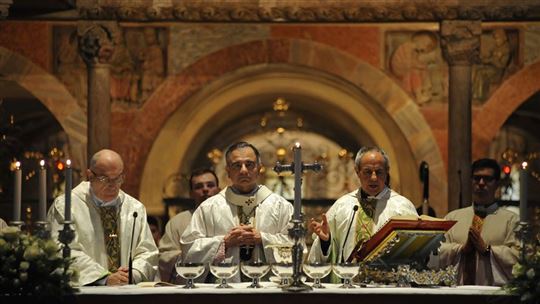 Camisasca finished with an image that, already at the time of Piccinini’s death, he had used with the seminarians of the Fraternity of Saint Charles to reflect on the mysterious significance of that death: “God sometimes behaves like the coach of a soccer team who pulls the best player off the field before the end of the game, so that he can receive a standing ovation from the whole stadium. The Lord, in the inscrutability of his design, taking Enzo before his time, wanted him to become an example, a sign for us, so that he could be noticed. This evening, his life and his testimony are more luminous than they were back then.”

The words of the Bishop of Reggio Emilia and those of Father Julián Carrón at the end of the Mass, returned to the image that Father Giussani had painted of Piccinini: “Enzo was a man who, from the intuition that he had in dialogue with me 30 years ago, gave his ‘yes’ to Christ with an astonishing dedication, intelligent and integral in its scope, and made his whole life stretch toward Christ and his Church. The most impressive thing for me is that his adhesion to Christ was so total that there was never a day when he did not seek in every way the human glory of Christ.” Carrón quoted the Gospel of Saint Matthew: “A tree is recognized by its fruit.” And he added, addressing himself to Bishop Castellucci: “The life of Enzo Piccinini is one of the most beautiful fruits from the tree generated by the faith of Father Giussani within the life of the Church. For this reason, in the name of Communion and Liberation, I thank you for having welcomed the request for the opening of his cause of canonization.” And he continued: “This was his only desire—like the yes of Saint Peter to Jesus—the secret of a fruitfulness of life, supported by the certainty that Christ withstands the test of time, even challenging death. We are here for this, amazed and grateful for how the overflowing richness of Being could possess the humanity of Enzo.” The priest concluded with one of the phrases of Enzo himself: “Christian boldness and indomitability exist because everything is given to us. There could have been nothing, and so what are we afraid of? […] If you are sure of Christ, the question is simple: if you believe, you will have the hundred-fold. This is his challenge.”

The day ended with a celebration at the “La Carovana” School which, with some of his friends, Piccinini had founded in the 1980s. The Piccinini family was there and along with them, people who had come from all over Italy, his peers, kids that he had met at the university (now parents and professionals), friends of the CL community that had come to visit. But there are also many there who, having never met him, encountered Enzo through his words and through the people changed by their friendship with him. Everyone ate dinner together, sang, and laughed (also thanks to the comic Paolo Cevoli, a friend of Piccinini). At the end, there was still time for a greeting from Carrón: “What we have lived with Enzo is a promise for everyone, because we have met a person that continues to be among us. And we all want to live with the intensity that he had. This is my desire for you and for me: to continue in his footsteps.”