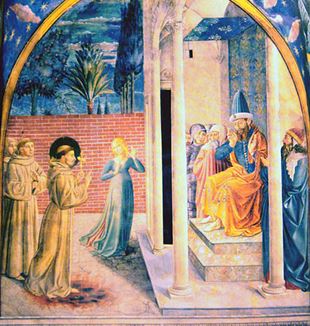 Fr. Francesco Patton is the Custos of the Holy Land, the Franciscan province that includes, in addition to Israel and Palestine, Egypt, Syria, Lebanon, and Jordan. He followed the Pope’s visit to the United Arab Emirates (UAE) from Italy, where he is visiting the friars at La Verna monastery in Arezzo. What he saw was strictly related to his mission and his vocation. “What happened in Abu Dhabi carries both symbolic and practical significance. Symbolic because, above all, it hearkens back to the meeting between St. Francis and the Sultan, which took place in Damietta, Egypt, exactly 800 years ago.” It was precisely that meeting, right in the midst of the Fifth Crusade, that was the beginning of the Franciscan presence in the Middle East. Now, Franciscans are called to nurture and protect the Christian presence in those lands, where they inevitably learn to live together with Muslim neighbors.

What do the meeting between St. Francis and the Sultan back then and the presence of the Pope in Abu Dhabi today symbolize?
They show that encounter is possible, that dialogue and peaceful collaboration between Christians and Muslims is possible. What Pope Francis said highlighted how necessary it is for religions to always use peaceful forms of expression, not using God’s name to justify violence of any kind. But there is another aspect of the symbolic significance of what happened.

Which is?
It is of extreme importance that, for the first time, the Christian faithful were able to publicly and solemnly manifest their faith through the celebration of the Eucharist, which took place in an Abu Dhabi stadium. We are talking about an acknowledgement of the public relevance of Christianity that is unprecedented in the Arab Gulf states. And here, the symbolic and practical levels overlap: this means that something in these countries is starting to shift in the direction of increased tolerance of our presence. We do not know what will happen in the future, but what happened certainly creates a precedent, and not just for the UAE.

What do you mean by that?
We know that there are over three million Catholics in the Arabian Peninsula. All many of them want is to be able to attend Sunday Mass. Abu Dhabi is the See for the Apostolic Vicariate of Southern Arabia, which includes, in addition to the UAE, Oman and Yemen, and the See for the Vicariate of Northern Arabia, which includes Kuwait, Qatar, and Saudi Arabia, is in Bahrain. We hope that what happened in Abu Dhabi will have positive repercussions in the rest of the region. And then, the fact that the world saw the Pope and the Great Imam of al-Azhar embrace is really an important signal that cannot help but have positive repercussions.

Why is that so important?
If Arabia has the same symbolic significance that the territories of Israel and Palestine have for us Christians, then al-Azhar has the same significance, in terms of Sunni theological and magisterial authority, as the Vatican has for us. And the majority of Muslims are Sunnis. You have to recognize that the message sent to the Muslim world on that occasion is just as important as the one sent to the Western world. If the highest authorities in Sunni Islam are moving in a certain direction, it means that, to some degree, they have recognized how terrible and devastating the use of violence in the name of Islam is. Just think of the consequences the wars of the last 15 or 20 years have had in terms of victims and refugees.

What is new in this document that has been signed?
In summary, it is a joint declaration renouncing violence in the name of God. This is especially important because, though this may be intrinsic to Christianity, it is a step forward in Islam. More so than in Christianity, in Islam the theory that the use of violence is necessary has taken hold, in the past and in recent times.

The Great Imam spoke about how it is necessary to work on a new approach to interpret the Koran.
This is because it is one of the major problems. People of different faiths must interpret their respective sacred texts through a peaceful lens, similarly to how the Catholic Church has approached “violent” anecdotes in the Old and New Testament. Just think of the way that the word jihad is used. Some, such as the leaders of ISIS, define it as holy war. Others view it as an interior struggle necessary in order to obey the will of God. A canyon divides the two perspectives. It is paramount to favor the latter at all costs. 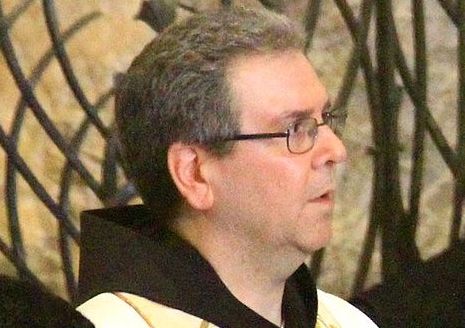 What was your experience in the Holy Land in the days leading up to the meeting in Abu Dhabi?
When the news was announced, the first thing that came to mind was gratitude. I saw it as providential, because it falls on the 800th anniversary of the meeting between St. Francis and the Sultan. Only the week before we had begun an initiative in a Catholic school run by the Franciscans between Christian and Muslim students to work towards the common good. From what I gather, the students were very successful, and I have heard that principals of other schools would like to replicate the activity because they understand that dialogue and encounter are essential. The alternative is to perpetuate the stereotypes and prejudice that lead to verbal aggression, at first, and then to physical aggression.

Some say St. Francis went to meet the Sultan to convert him, not to dialogue…
Pay attention: In order to reconstruct the historical account, one should not just look at the Franciscan hagiographical sources. There are two other texts, that could be considered more “secular,” that describe the encounter differently. And there is also a text written by St. Francis himself, found in the Unconfirmed First Rule of 1221: “The friars who go among unbelievers can take on two spiritual behaviors towards them. One way is not to have arguments or disputes, but to be subject to every human creature out of love for God and confess that they are Christians. The other way, when they see that it is pleasing to God, is to proclaim the word of God so that others believe in the All-powerful God, Father, Son and Holy Spirit.” The phrase, “do not have arguments or disputes” stands out to me. And the act of evangelization takes place “when they see that it is pleasing to God.” For 800 years, these words have guided the Franciscans in Muslim countries.

I imagine you must also meet with Muslim authorities. How important is it to have a personal relationship?
Eighty percent of it is the relationship established at a human level. The rest is the actual content. We do not try to create encounters between religions, rather, encounters between people of different religions. I remember an event that happened in Jericho. There is a Franciscan parish and school there where 90 percent of the students are Muslim. Some challenges had arisen and our pastor went to meet with the local imam. They decided to take a walk through the streets of the city together to demonstrate the possibility of friendship. Since then, the imam has always participated in our public events in the city.

What makes this more than just diplomacy?
Personal relationships with Christians encourage Muslims to revisit passages in the Koran about Jesus and Mary. Of course, dogmatically they do not correspond to what we believe, but it helps to know the ways in which their religion values relationships with Christians. I will give you another example in a more compelling set of circumstances. In the Idlib region of Syria, there are two friars who minister to the few hundred Christians left in two villages controlled by the Nusra Front, a former-affiliate of al-Qaeda. Last Christmas, an imam in one of the villages condemned the jihadists saying, “Look at these poor Christians: you have taken away their homes, their fields, and cars. Yet, despite all this, they are behaving better than you are. Leave them alone.” This means that the life of these Christians expressed something. They had the courage to live out in powerful witness of the essence of Christianity, which is a faith transmitted through charity that keeps hope in Christ alive. If it weren’t for that, they would have left a long time ago.