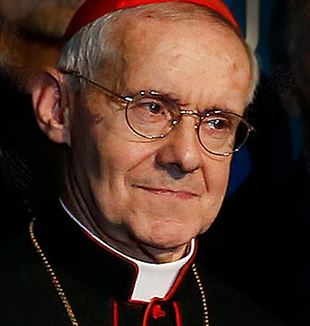 The night between July 5 and 6, Cardinal Jean-Louis Tauran passed away at 75. He was President of the Pontifical Council for Interreligious Dialogue since 2007 and was among the most influential and esteemed members of the College of Cardinals. In 2013, he publicly announced the election of Pope Francis. Born in Bordeaux in 1943, he was made Cardinal by John Paul II in 2003. He served as a diplomat to the Holy See starting in 1975, and for thirteen years he was head of the Section for Relations with the States, undertaking various worldwide missions and leading the Vatican's delegation at numerous international conferences. The last of these conferences was in April 2018 in Riyadh and served as the first time a head of the dicastery of the Holy See spoke in Saudi Arabia. On that occasion, Tauran gave the historical speech published by "Traces" in June 2018. The speech was given during a meeting with Muhammad Abdul Karim Al-Issa, secretary of the Muslim World League.


Your Excellency, Dear Friends of Ràbita: The same Divine Providence which guided your steps to Rome to meet with H.H. Pope Francis and with us at the Pontifical Council for Interreligious Dialogue on September 21, 2017, has brought us to the Kingdom of Saudi Arabia, the birthplace of Islam and homeland of the two most important holy places for Muslims, Mecca and Medina. It is toward Mecca that Muslims direct their faces from any place in the world, so turning themselves to the Face of the Almighty God; it is to this land that millions of Muslims come for Hajj or for ‘Umrah. Our holy places, be they in the Holy Land or in Rome or elsewhere, along with numerous sacred shrines in many places of the world, are always open to you–our Muslim brothers and sisters–and to the believers of other religions and to every person of good will who does not profess any particular religion.

In many countries, mosques are also open to visitors. This is a kind of spiritual hospitality that helps promote mutual knowledge and friendship, while at the same time countering prejudices.

Since your nomination, Your Excellency, as the head of the Muslim World League, you have been working tirelessly with a great sense of openness, zeal, and determination. I do not intend to list here your numerous initiatives, but I am quite aware of the fact that you are doing your best to make the name of your organization–Ràbita–and its program truly known for what the name stands for. The Arabic term ràbita means “link.” It connotes, therefore, fostering relations, building bridges, a concept dear to Saint Pope John Paul II and to Pope Francis as well. This is precisely what you are doing not only among Muslims, but also among believers of other religions, especially Christians.

Religion is what a person has as his dearest possession. This is why some persons, when called to choose between losing their faith and keeping their life, prefer to remain faithful to their faith, accepting the payment of a high price: the loss of their life. These are the martyrs of all religions in all times.

We are all aware that for a community of believers, although there is only one religion, there are various approaches to this religion. This is why there are in all religions radicals but, fortunately, also wise people. Radicals, fundamentalists, and extremists might be persons with zeal but who unfortunately have deviated from a sound and wise understanding of their religion. They consider those who do not share their vision of religion as not being true believers, unbelievers, kuffâr. These kuffâr should “convert” or be eliminated so as to keep the purity of the religion.

These deviated brothers and sisters can easily pass from radicalism to violence in the name of religion, including terrorism. These persons are convinced (or are made so through brainwashing) that they are serving God! The truth is that they
are only harming themselves, destroying others, and damaging the image of their religion and of their fellow believers. These persons need our prayer and help to come back to reason, normality, and a sound understanding of religion.

Christians and Muslims alike, we love our religion, and would like to call others to embrace it. We consider this a religious must. This is for Christians mission or evangelization; for Muslims, da‘wa. The qur‘anic order, “Invite to the way of your Lord with wisdom and good instruction” (16, 125) is a rule that Christians can accept. This rule excludes certain attitudes and practices that impose on others: this is ethics of mission. Our common agreement on these ethics is of first importance for respectful and peaceful relations. What should be excluded from da‘wa and mission is the temptation of imposing one’s religion on others: religion can be proposed, never imposed, then accepted or refused. Threatening others enters into the category of exercising violence in order to obtain conversions. The qur‘anic affirmation “there is no compulsion in religion” (2, 256) is fundamental for freedom of conscience and of religion.

If we agree about the ban on constraints in religious matters, another rule is not to “buy” converts, offering money or privileges like work, promotion, or study grants. This is why supporting humanitarian aid to accomplish religious conversion is unethical and should be avoided. A person in need should be helped by a believer for God’s sake li-wajh Allah and out of a sense of humanity.

Another field we need to agree upon is common rules for the construction of places of worship. This is one of the fields on which much competition took place in the past between our two communities. A place of worship should respond to the real need of a definite religious community to have an appropriate place to gather for public prayer. The construction of places of worship should be in harmony with the urban landscape and abide by the just laws of the State/s concerning urban development.

The “rules” and principles I am proposing seem to me to be fair. What is just makes us and also the religions we belong to credible. Double standards, as we are all aware, harm the image of a person, of a community, of a country, and of a religion.

Besides, if we do not ban double standards from our behavior as believers, and from our religious institutions and organizations, we will nourish, certainly without paying attention, Islamophobia or Christianophobia. On a positive note, the golden rule which is present in Islam, in Christianity, and in other religions as well, encourages us to treat others as we would like them to treat us.

Over the course of 50 years, many obstacles have been overcome, for example establishing the distinction between proselytism and mission. The dimension of testimony and mutual prayer is more present. In front of a cultural crisis that shaped the world and when cultural references crashed, the return of the irrational could be detected. In such a context, the duty of spiritual leaders is the following: to avoid religions being at the service of an ideology. Another duty of religious leaders is education: this is a must.

We have to be pedagogues. Honesty obliges us to recognize that some of our fellow believers, for example the terrorists, are not behaving correctly. Terrorism is a permanent threat; this is why we should be clear and therefore never try to justify terrorism by reference to religious motivations. We believe that terrorists want to show that it is impossible to live together. We believe the exact contrary! We should avoid aggression, ignorance, and the denigration of other religions. Religious pluralism is an invitation to reflect on our faith, because every true interreligious dialogue begins with the proclamation of one’s faith. We do not say that all religions are equal, but that all believers, all God-seekers, and all persons of good will without any religious affiliation are equal in dignity. Every person should be left free to embrace the religion he/she likes. What is threatening us all is not a clash of civilizations, but a clash of ignorances and a clash of radicalisms. What threatens our living together is first of all ignorance; therefore meeting, speaking to each other, knowing each other, building
something together, is an invitation to encountering the other, which is also discovering ourselves.

Let us, therefore, join our efforts in order that God Who has created us not be a motive of division, but rather of unity. In this regard, it is with gratitude to Almighty God and joy that the Pontifical Council observes the efforts Ràbita is making toward positive and constructive relations with believers of other religions, especially Christians. We also encourage and support these efforts because, among other things, of the particular religious and spiritual bonds existing between us, and because of the numerical importance of Muslims and Christians in the world, and also because they live together in most countries of the world.

We have to choose between peaceful and friendly relations, or, God forbid, conflictual relations. Peace in the world much depends on peace between Christians and Muslims!

The signing of a Declaration of Intent between Ràbita and the PCID is a meaningful step on the journey of fraternity, friendship, and collaboration we are all firmly engaged in. May God bless our efforts aimed at His greatest glory and at the good of Muslims and Christians and all of humanity!