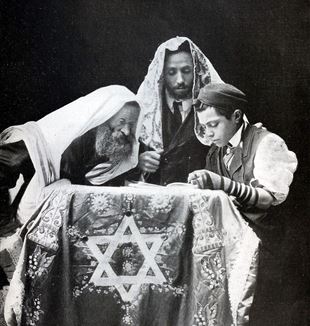 It is not surprising to me that many Christians, many Catholics, become exasperated with the seemingly endless potholes on the road to a relationship of mutual respect and dignity among Christians and Jews. It is almost 45 years since Vatican Council II and the important Nostra Aetata declaration. Twenty three years since the visit–the first in History–of JPII to the Rome Synagogue. And in between and since there have been endless gestures of reconciliation from the Catholic side, including establishment of Diplomatic Relations with Israel and culminating this January with the visit of Benedict XVI to that same Rome synagogue. And yet, even this event was marred by, for example, the refusal of the Chief Rabbi of Italy to attend. What more will it take? It must seem particularly perplexing to the followers of the great Don Giussani, who had not a shred of prejudice in his soul and had a particularly warm and welcoming admiration for the Jewish people and their faith.

History of Brotherhood
Well, we are an ancient people–the longest continuous and uninterrupted civilization in the West–close to 4,000 years long. You, too, our younger brothers, believers in the God of Abraham, Isaac, and Jacob, are not Spring Chickens–2,000 years old. It has been an asymmetrical relationship for most of our joint history, and through most of it, you were the lions, we the Christians–if you see what I mean. So there is a lot of repairing to do. What is 45 years in relation to these long histories? No more than the period at the end of this sentence. So it is worth being patient!

Had I been in Rome, I would most certainly have been among those welcoming the Pope at the Synagogue. (I was otherwise engaged, welcoming, on that very same Sunday, Don Julián Carrón, at our home in New York–welcoming him as a brother, with love and a meal cooked with my own hands.)

But I also understand some of the sensibilities of my people, even if I do not share all of them. Let us review the recent “incidents” which gave rise to acrimony.

On Wojtyla’s Way
First, the reinstatement of Bishop Williamson, that notorious holocaust denier. It was clear that the Pope was taken entirely by surprise when he discovered those ugly facts. You too, my friends, must feel embarrassment and join in the genuine embarrassment of the Pope–has Google not yet reached the Curia? Be that as it may, who could not be moved by the frank and humble statement of Pope Benedict at the Synagogue? He said: “[T]he Church has not failed to deplore the failings of her sons and daughters, begging forgiveness for all that could in any way have contributed to the scourge of anti-Semitism and anti-Judaism…. May these wounds be healed forever! The heartfelt prayer which Pope John Paul II offered at the Western Wall on March 26, 2000, comes back to my mind, and it calls forth a profound echo in our hearts: ‘God of our Fathers, you chose Abraham and his descendants to bring your Name to the nations: we are deeply saddened by the behavior of those who in the course of history have caused these children of yours to suffer, and asking your forgiveness we wish to commit ourselves to genuine brotherhood with the people of the Covenant.'”

It takes greatness to ask for forgiveness of both God and man. The Church has been capacious in its self-searching and openness about the failings of her own sons and daughters.

Second was the Pope’s sanctioning the reuse, on certain occasions and under certain conditions, of the Tridentine Mass, which includes a prayer for the salvation of the Jews. There are many Jews who found that move regressive, for it implies two uncomfortable propositions: One, that we Jews need praying for, since we will not be saved and will, in the eyes of some Catholics, end up in Hell; and two, that, Nostra Aetate notwithstanding, Catholics do not accept that in our fidelity to the Hebrew Bible and to the eternal covenant between our forefathers and the one and only Almighty God, the Holy Blessed be He, to the exclusion of the Trinity, we are fulfilling God’s destiny for us. Now, it is amazing progress that instead of burning us at the stake to force us to accept Jesus as our one and only Savior, only a prayer is said. But, for many, the fact that our souls need praying for is a sign that Judaism is not accepted as legitimate. So let us again listen to the Pope: “I, too, in the course of my Pontificate, have wanted to demonstrate my closeness to and my affection for the people of the Covenant,” said the Pope movingly and so respectfully. “The People of the Covenant.” That is who we are. No one could say it better. It is the third issue which has most fraught the process toward beatification of Pius XII. The charge is his alleged silence. How is it that the successor of Peter did not speak out against the discrimination, detention, and eventual murder of the Jews of Europe by the Germans and their henchmen? Some things are non-controversial–that Italy saved a huger number of their Jews and that many of these were saved by the Church at great risk at times to the various priests involved in the program.

Tears and Memory
The same is true as regards France–most French Jews escaped to Vichy. When the Germans demanded that they be handed over, the secular government was ready to say yes. But it was the Catholic episcopate which, appalled, stood up and forbade the handing over of these Jews to the German murderers. Is it conceivable that this policy was carried out without the guidance, consent, and approval of the Pope? But should the Pope have spoken out publicly? That is a prudential decision. It was tried in the Netherlands with bad results: enhanced persecution. So maybe the Pope’s silence was wise and prudent after all. In this case, even with hindsight it is impossible to resolve that issue. The Pope again: “Here in this place, how could we not remember the Roman Jews who were snatched from their homes, before these very walls, and who with tremendous brutality were killed at Auschwitz? How could one ever forget their faces, their names, their tears, the desperation faced by these men, women, and children? The extermination of the people of the Covenant of Moses, at first announced, then systematically programmed and put into practice in Europe under the Nazi regime, on that day tragically reached as far as Rome. Unfortunately, many remained indifferent, but many, including Italian Catholics, sustained by their faith and by Christian teaching, reacted with courage, often at risk of their lives, opening their arms to assist the Jewish fugitives who were being hunted down, and earning perennial gratitude. The Apostolic See itself provided assistance, often in a hidden and discreet way.The memory of these events compels us to strengthen the bonds that unite us so that our mutual understanding, respect, and acceptance may always increase.” It could not be better said.

To my fellow Jews, I thus say: That the Church was often of huge help in saving Jews, there is no dispute. That many Christians did not live up to their teachings is openly accepted by the head of the Church. It is time to leave it at that. And as to the wisdom of the silent diplomacy of Pope Pius, let God be the judge of that. In any event, it is not our business whom the Church decides to make a saint or not. To my Catholic friends, I say: Had you experienced a genocide of your people and witnessed many professing religious people not turning the other cheek but turning their heads away pretending not to see, you too would be full of suspicion and bitterness. Time heals, good will heals–and no one can doubt the good will emanating from the outstretched hand and heart of Benedict toward those he calls his elder brothers.