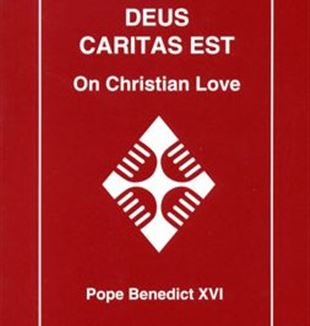 A guiding role
In the history of the Catholic Church in the United States, confidence in and trust of the parish priest has been a crucial element supporting the communities in an atmosphere always marked by the overt or hidden anti-Catholicism that has plagued the country since its foundation. American Catholics have always felt close to their priests. The sexual abuse scandal threatened to destroy the trust between priests and parishioners that had persisted as a characteristic of American Catholic life even during the post-Vatican II years of confusion. I know priests who, after the scandal, simply refused to be involved with youth work in order to avoid being falsely accused in what seemed to them a witch hunt. During these retreats, therefore, we sought to strengthen in the priests the certainty of the absolute necessity of their ministry and role in guiding the Catholic community. We could only do this by sharing with the priests what we had experienced in our vocation, following the charism of Fr. Giussani, offering to them our friendship and support without any suspicion of recruitment. Our retreats have been entirely animated by the desire to serve the Church in the United States during this time of trial.

In the flesh
The “theme” of the retreat this year, the encyclical Deus Caritas Est, involved a reflection of the encyclical’s teaching applied to the priestly vocation. The first meditation concerned the original context of the phrase itself, “God is Love,” found in the First Letter of John, Chapter Four. The purpose was to see how the author of the letter offers insight about God and love as a result of an experience, and not as the conclusion of a reflection on the divine nature. The experience is, obviously, the Incarnation, and this is precisely what is denied by dissidents in his community that are tearing it apart. They deny that “Christ came in the flesh.” The unity of the community, the author insists, is not based on philosophical or theological arguments, but on a common recognition: “We [the united community] have come to believe [because of the recognition of Christ in human flesh] that God is Love, indeed the Love that unites us.” Those who deny it are of “the world” (the dominant culture that denies the role of the flesh in our salvation). The encyclical begins with a strong affirmation that the origin of the Christian proposal about human and divine life begins in the flesh with the experience of the event of a human encounter with Christ, and not with a discourse.

Rule and method
In the second meditation, the encyclical’s teaching concerning the relation between divine love (agape, or caritas) and human love or desire (eros) was seen as an expression of the divine and human nature in the one person of Christ. This too is not the outcome of a philosophical or theological discourse, but a reflection of the experience of the encounter with Christ as Savior of our humanity. The key to this insight is the nature of “revelation” as the event of a human encounter. This is the “method” that discloses the truth about Christ, the truth of our humanity, the truth of the Church, and the truth about God: Deus Caritas Est. Throughout the assemblies that followed the reflections, consequences of these insights on the vocation and role of the priest in the Church were examined and discussed. The priest is, above all, the minister of an event, especially the Eucharist, the event that forms the Church as the prolongation in space and time, so to speak, of the Incarnation. The priest’s humanity is the “flesh” through which the event of the Eucharist occurs. As Fr. Giussani once said, priests should never seek to escape from living the human drama with those entrusted to their ministry, but they should be living it, of course, as the ground for the sacramental Incarnation of Christ. In talks to Milan’s priests, Fr. Giussani said: “The reason your ministry seems fruitless is because you are not united; and the reason you are not united is because you do not have a rule.” This “rule” is life that expresses the method of the Incarnation, and unity is its main fruit.