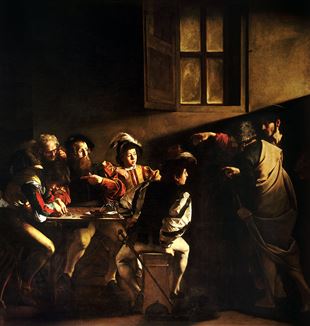 Dearest brothers and sisters in Christ, the greatest and noblest privilege of my life, and also of yours, is to be part of this people that carries the glorious name of Christ. I am convinced with all of my being that there is nothing in me, no capacity in me, that in any way merited such an impressive favor, that of being called to meet the living God. And not only have you and I been called to meet Christ, but we have also been welcomed by Him in a loving and durable intimacy that embraces the totality of our lives.

I would like to tell you about an episode in the life of a very dear elderly priest of my diocese, Fr Philippe Label, whom I buried two days before coming here to La Thuile. As a young man, he was a Trappist monk, but he had to give up monastic life for health reasons. When he arrived in the diocese, for his pastoral work it was important that he learn to drive, and so he began to study for his driver’s licence, even though he was not a little advanced in years. One day, there was an emergency call from the hospital. At that moment, Fr Philippe was the only priest in the parish house. He decided to drive alone, even though he only had his learner’s permit. He hit two cars parked on the road, but he continued to the hospital. Shortly afterwards, he was contacted by the police and ended up in court. The judge remonstrated him, and asked him, “Fr Philippe, didn’t you know that, with your driver’s permit, you’re not allowed to drive alone?” Fr Philippe responded, “Your Honor, I wasn’t alone!” The judge rebutted, “But Father, the police testified that you were alone!” Fr Philippe answered, “Christ was with me. He is always with me. It’s just that these fellows couldn’t see Him.” Fr Philippe was sent home with a mild scolding, and no fine at all. The good judge was surprised in a way he could not have foreseen, by a concrete testimony to the fact of the Presence of Christ, placed before him in this simple and good priest.

What we have heard many times in these days spent together–the impossible correspondence–is a reality verified in the unique circumstances of the lived experience of each of us. For this we have been chosen, and we are sent to this task in the grace and power of the Holy Spirit, won for us by the passion, death, and resurrection of Jesus our Lord.

It’s the same for us as it was for Matthew, in the masterpiece painting by Caravaggio in the Church of San Luigi dei Francesi in Rome. When Christ’s gaze falls upon us, full of intense love, we are totally surprised, pulled up out of the cloud of obscurity of a false identity, revealed to ourselves in the eyes of Christ. My freedom is set into motion in its most profound sense in responding to this love that is poured over me in Christ. Here lies the discovery of the infinite horizon for which I was made.

Saint Bernard of Chiaravalle, who we remember today, tells us, “The love of the husband, the love that the husband is, asks nothing other than faithful love, that the beloved respond, then, in love.”

I would like to conclude by citing Saint Bernard again: “I pray you, brothers, remain vigilant on the watchtowers, because this is the time of battle. May all our doing be in the heart, where Christ dwells, with judgment and wisdom, but without trusting to our doing, nor to our fragile defences.” Amen.