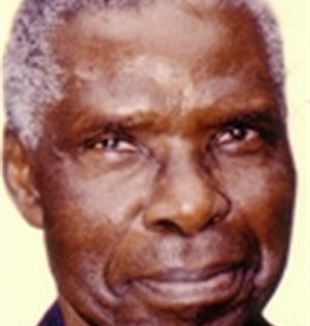 On the occasion of the death of Cardinal Maurice Michael Otunga, Archbishop Emeritus of Nairobi, CL published this salute: “Your Eminence, for each of us, you have been a witness of how human existence should be spent in service to the world. Man fulfills himself through the gift of self, by sacrificing himself. As the French writer Paul Claudel wrote, ‘Is the goal of life maybe to live? Will the children of God perhaps remain with their feet firm on this miserable earth? Not to live, but to die, and to give what we have with gladness. Herein lies joy, freedom, grace, eternal youth… And what is the world worth compared with life? What value has life if not to be given?’ This is precisely the testimony that you have given to each of us and that we would like to imitate. Rest in peace! Thank you. Your sons and daughters in Communion and Liberation.”

The familiar tone of this message stems from the fatherhood we experienced with the Cardinal from the very beginning, starting with our first encounter in early January 1985, even before we were present in Nairobi, and continuing until our last meetings a few months before his death.

He said and wrote frequently, “May the charism of Communion and Liberation spread and become an educational proposal, especially for young people.”

The Request for a School
His concern for youth caused him to write to AVSI in 1989, asking for a technical school on the outskirts of the city. “Kenya, and Nairobi in particular, urgently need educational structures in the technical field; many people are worried about the young people who are unemployed and often on the verge of desperation and criminality.”

Then he added, “I would be truly grateful if AVSI could assist in the building of a technical school in Nairobi, aimed at the youth who live in the outlying slums of the city. I am sure that not only the technical aspects of this initiative, but also the human ones, will be taken into consideration.” Thus St Kizito’s School was born; since 1994, it has prepared more than 2,000 young people to enter the world of work, but even more, to enter the world of life.

The Cardinal came to visit the school a number of times, and when he met us–the last time was just a few months ago–he would ask for news on how the school was growing and how more and more it was a place of human and Christian formation.

In 1992, on the occasion of the pilgrimage for the tenth anniversary of the Fraternity of CL, he wrote, “I would like to express in writing how happy I was to participate in the Pilgrimage on Saturday, October 17th… and to be able to testify that the apostolate of Communion and Liberation is already bearing fruit among Kenya’s young people.”

In 1995, after celebrating Mass for the Fraternity Retreat, he wrote, “May the prayerful desire that the Fraternity of CL be at the service of the Bishops for the presence of the Church in the various environments, find abundant response in the daily growth of its members both quantitatively and qualitatively, and may it offer a lofty witness everywhere in Kenya.”
He was also an assiduous reader of Traces in both the Italian and English editions, and would sometimes surprise us by saying enthusiastically, “I read that you now have arrived as far away as China, as Japan…” Or, “You have begun your presence also in Russia.” And his eyes would shine with wonder and pleasure.

Profound Gratitude
In 1999, for the public launching of The Religious Sense, we went to tell him about the idea. He strongly encouraged us, saying, “This book is very important for my people, a religious people that has lost the content of its great religiosity.”

Even in the face of hardship, he always urged patience and helping youth to grow in the experience of faith.

He always wanted the Movement to become more and more deeply rooted in the reality of the local Church. He expressed his deep gratitude that this was able to come about just a month after he retired as Bishop in these words, “I am happy and grateful above all because the Priestly Fraternity of the Missionaries of St Charles Borromeo has agreed to establish itself in St Joseph’s parish. Congratulations for your apostolic courage.”

We shall always remember Cardinal Otunga as a father who from the beginning welcomed us and always accompanied us with his fatherhood. “Many Bishops found religious congregations. I do not have this charism. I have the charism of welcoming all those who want to come into my diocese,” he once confessed to us. And just a few months before he died, encountering the houses of Memores Domini and speaking about Fr Giussani, he exclaimed, “What a gift Fr Giussani is for the Church!”

Great Testimony
To everyone, he leaves a great testimony of faith in the Lord and faithfulness to the Church. He lived his last years in poverty, in a rest home for the poor in Nairobi.

In his will, he wrote that he wanted a simple burial in the cemetery, “among his fellow missionaries,” expressing once again with this gesture his gratitude for the missionaries, who “brought us the faith,” as he often repeated.