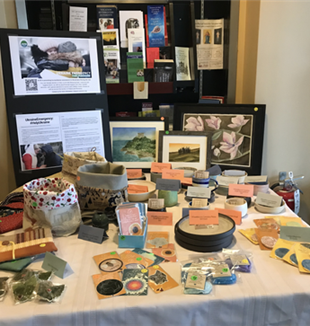 When the war in Ukraine first started, I was in complete shock, not able to stay away from the news, not able to sleep at night. Here in America, we tend to get things a little more ‘muffled’ – safe and sound as we are in our little comfortable lives. But this event was very real in front of me: the sirens, the kids, the cold. I was changing my kids' diapers during the day, and my heart and mind were going to those mothers out there, fleeing their homes, their life in a bag, walking in the winter with their kids. The deep need to help - “so original, so natural, that it is within us (...) when we see others who are worse off than we are, we desire to help them with something of ours” - that Fr. Giussani taught us as being the law of existence, kept arising in me with the unrelenting question: "What can I do for these people?"

A few days later, I had the privilege to listen to a witness of Elena Mazzola and her friends of the Emmaus Community, who had recently fled Ukraine and were seeking refuge in Italy. I was very grateful for the glimpse of hope that arose from her story – and so struck by her raw experience – that I decided to share it with some friends. "There has to be something we can do!" I found out a dear friend from Ohio, Margherita, had the same drive, saying, "We can't stay still!" So we decided to put together a little "Tenda" (that is how we typically call the "fundraising/selling events" for Avsi in Italy) with a very basic goal: raise funds to send overseas for the AVSI campaign #helpUkraine. My friends and I saw that it was the only practical and reasonable thing we could do here in the US. But it became more interesting for each of us when Marghe suggested "Why don't we sell things that we make?”

In the coming weeks, we spread the word to the "crafty" women in our area – Indianapolis and Cincinnati – asking if they were willing to donate a few of their handmade goods for the Tenda. When their eyes lit up at the proposal, I found again that same original need, and the gladness at the opportunity to do something concrete for others that are suffering! Some of these women have their own established businesses, while some others found their talent just for this event. Each one put their vision and beautiful work of their hands into the little Tenda, through their sewing, weaving, ceramics, photography, woodwork and even some canning and baking. I contributed some watercolor art and unexpectedly found that donating money would have been much easier! Giving up something made with my own hands, with time and effort spent on a piece of art makes it deeply personal.

We were able to collect a total of about sixty handmade, unique, beautiful pieces. We raised about $1200 in two hours at our local Lent Retreat. It was a great result that sure feels like a drop in the ocean of need. But the most valuable thing that organizing the little Tenda gave to me was the opportunity to say ‘yes’ to this deep need that I am, to fulfill a little more "the supreme and, indeed, the only task in life: to become ourselves, to complete ourselves” in donating a little piece of myself. This is especially relevant as I go back to daily life as a mother, that is per se "a constant act of giving.” Lastly, this little act of communion, as women united together in service of something greater than us, is to me a little sign of an "impossible unity:” a little seed of the hope and peace we deeply desire for this world.