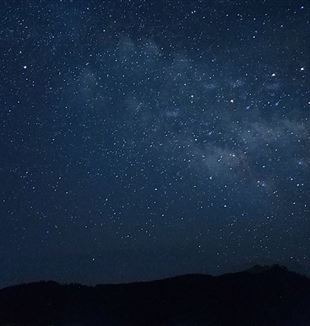 Andrij, my former Ukrainian student, had to suffer the pain of his parents' separation at an early age. His mother, of Russian origin who had graduated in Chemistry, came to Italy to work as a caregiver and he stayed with his father in Ukraine until he was 13, when he was finally able to join her. When he arrived in Naples, Andrij began to attend the professional institute where I teach. During high school he had to face painful experiences, first the illness and death of his mother and then, back in Ukraine, that of his father. At 21, he was orphaned by both of his parents. Despite such dramatic events, he has faced life by clinging to his faith. He got married, became a father and managed to build a small house. At last it seemed that life was finally "smiling" at him. But then the war broke out. He lives in a city near Kiev. To try to protect his family, he took refuge in Lviv, in the home of some friends. Despite all this, a few days ago he sent me this message:

Prof, during the years when I was your student, thanks to your paternal friendship, I learned (and I am experiencing this more and more) that evil can never win over good. We are only asked to pray that hope may always be alive. The feelings I express are not abstract, they have become for me, over time, a real experience that gives me life. As an example, I would like to tell you about this event. Every evening there is a curfew and they turn off lights at 6 pm. Everything is shrouded in darkness and people live in great fear. My wife is also afraid and she is very worried about the fate of her parents who live in Mariupol. As she is unable to get in touch with them, she doesn't know if they are alive. One evening my daughter Maria, perhaps sadder than usual, began to cry because she wanted her favorite doll which she had forgotten in our car. So, around 10pm I left the house to retrieve it, hoping to comfort her. Everything was dark on the street and as I walked to my car I felt a sense of sadness and fear. In order not to stumble, I turned on the flashlight on my cell phone. After retrieving the doll, as I walked back in, I involuntarily looked up and realized that there were thousands of stars that were shining brighter than ever. I couldn't help but stop and observe that spectacle. I must confess that I was moved. When I returned home, my wife asked me: "Andrij, why did it take you so long? You had me worried.” Then she added, "How strange, you seem happier. Did you meet someone?" I replied, "Yes, you are quite right, I am really happy. Tonight I unexpectedly 'encountered' the stars."