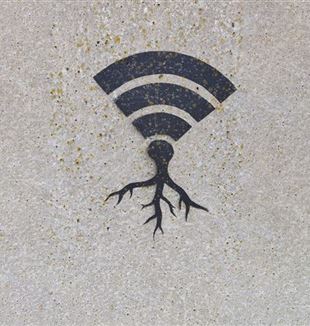 One evening, I brought three of my students to a meeting with the Knights of “ClanDestino” (Editor’s Note: “the Destiny Clan,” a group for Catholic middle schoolers). There was Chiara (Note: all students’ names have been changed) who was coming for the third time: a girl with a strong personality who always wore black, carefully doing her hair and make-up. Then there was Marta, who had come a couple of times in November and now more. Lastly, there was Laura, who came for the first time.

In the car, Laura asked, “There’s WiFi where we are going, right?” Chiara was the one to reply right away, “What difference does it make? You don’t need it there. In fact, you even forget you have a cell phone, because it’s so nice being there. And I say that as someone who lives on social networks.”
As soon as we arrived, I took out my guitar to practice the songs for the evening with a few students. The three girls stayed there, but I saw Laura’s impatient face, reaching the point of even saying in a fairly disdainful voice, “Is this the only kind of song they sing here?” I did not answer but thought to myself, “Lord, I brought her to You, You take it from here.”

The evening got started, and Fr. José began to tell his story. “I had everything, but no one preferred me. I didn’t feel loved and I was angry. One day, looking at myself in the mirror, I saw the face of a failure. But, then, I met a group of people who accepted me just as I was, without judging me. They preferred me.” Something began to break in for Laura, and she even asked a question.

During dinner, Chiara also told me she had really been struck by the witness. “As he was speaking, I even shed a tear. And usually things like this don’t affect me.” She added, “You know, if I had met you before, I probably even wouldn’t have started wearing make-up. I wouldn’t have needed to.”

At the end of the evening, after a great time singing together–during which the three girls even went up on stage to do the gestures for songs, despite not knowing them yet–I took them back home to their parents. Laura bounced out with gleaming eyes, making her amazed mother ask, “What, are you drunk?” No, ma’am, there was not a drop of alcohol. She is happy; that’s all.

I got home totally exhausted, but deeply moved, and I thought back on something I heard years ago: our friendship with Jesus grows if we verify His victory in real life (otherwise we are visionaries). At one time, they saw Him straightening out legs, now we see him “straightening out” hearts: and a happy heart is an even greater miracle.