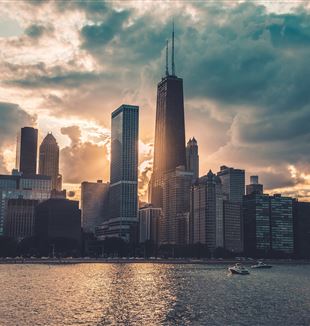 Since early last September, a group of friends in Chicago have been meeting regularly to prepare songs for the CL community, for events like Beginning Day, the Advent Retreat, and smaller, more informal gatherings. This simple fact, though apparently not exceptional, has filled many of us with gratitude and a greater desire for beauty.

I personally extended the invitation to everyone in Chicago to participate in the work of becoming more intentional about preparing music and proposing singing to the entire community. My own path in the movement began after witnessing the companionship, freedom and sheer beauty of a group of GS kids singing together during the 2005 pilgrimage to Cologne. As the daughter of a musician, I had studied music for years and had been exposed to the brilliant performances of professional singers my whole life. And yet, it was hearing those young voices learning to harmonize together on a bus that made me perceive in the clearest way that singing is what I would later learn Fr. Giussani called “the highest expression of the human heart.” Since then, I have shared music with many friends in the community, thanks to choirs and small groups, and have often found myself grateful for what a gift someone who sings or plays an instrument can be for a community or a moment together. However, over time I also noticed how easily even this beautiful offering of music could become simply another task to carry out, something that we do out of inertia; that being in the movement requires moments of music, but from which no one truly expects anything.

After a year and a half of the pandemic, many of us found ourselves really craving moments of community and I was reminded of my encounter with the movement and of the experience of unity generated by singing with and for others. The desire to sing sprang up immediately in response to the awareness of belonging to a people that continue to be a Presence for me, just like my kids naturally start to sing when they are playing together at home. I was happy to discover that others in Chicago who sing and play music shared my desire, particularly Roberta who agreed to take on the responsibility of directing the choir. Since then, we have met once or twice a month to learn new choral pieces, folk songs and Christmas carols. Several of us have been involved in music for years, others are beginning now for the first time, and even one of the auxiliary bishops of Chicago has asked to join us. We really want to care for singing as a moment of beauty, education, and relationship. In this way, we also hope for singing to become more and more a central part of the life of our community, and a treasured moment during the times we are together.