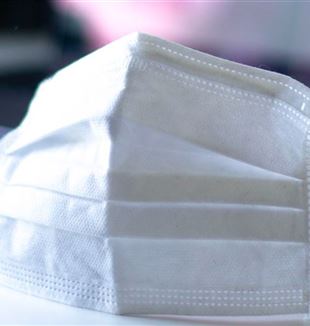 I wanted to share a fact through which the Lord is keeping me company and at the same time is calling me to "look at Him, recognize Him and indulge Him" more and more.

A very dear friend of mine who is a doctor was admitted to hospital in November suffering from Covid. His condition gradually worsened: he was found to have bilateral pneumonia and needed an oxygen mask, which he accepted after much resistance. I learned from his wife that one evening, with difficulty, he managed to phone to "say goodbye to his wife, children, etc." Everyone was convinced they would never see him again. We all prayed for him.

Towards the end of November, his condition improved and one Saturday morning, to my surprise, I received a phone call from him from hospital. With a voice still in pain, he thanked me for the prayers and wanted to tell me about his experience.

"When I was admitted I knew right away that I was at stake. The desire to live made me fight not to let go. But as the days went by, I was too sick, I realized that I could do nothing more but one thing: abandon myself, trusting." And there, he explained, "Someone carried me. In those days, the Lord re-decided for me, I was reborn. Right there, my dialogue with Him was reactivated. A dialogue there, as I was, in those conditions. It is really an event that happens again! I assure you that resuming the dialogue with Him is so much more than getting better physically, there is no comparison!" Then he added, "I have never felt so loved! I realized what it means to physically belong to a companionship, to our unity, everyone was praying for me. Thus I understood that what I was experiencing was not only for me but for the world, for everyone, Christians and non-Christians. It is Christ who does everything, He does everything, but we must be open, ready to respond. In this sense, this tremendous period is a great opportunity for everyone. Offering suffering, big or small, is always for everyone and this is generating."
And then, worrying about me and my friends, he repeated, "But how are you? Whatever happens, do not be afraid, do not be afraid of anything."

Read also - When it all starts with a podcast

Now he is back home and those who get near to him, starting with his family members, are amazed by his change: it is him but it is not him. It is a person who is rediscovering a tenderness, a new affection towards himself and towards reality.