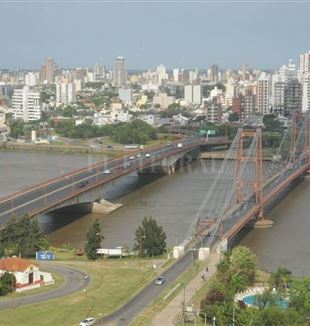 "When I think that nothing else can happen... it happens. So I no longer want to live waiting for nothing to happen to me, but rather waiting for Him." This is the first thing that came to mind when faced with the possibility of becoming sick from Covid, because I was already facing a series of important challenges, and I said: "You cannot ask me for more."

Alongside the great physical discomfort, came the fear of having infected my sisters, my family and my colleagues at work. At that moment of great anguish, I received a message: "Not a hair on our head is mysteriously outside the gaze and embrace of the Lord. Rest in this embrace and ask to see Him, also in this." It was the first caress of an angel sent by God to free me.

I began to give in, I did not want to complain anymore or do calculations. I began to offer, realizing that I am no better than anyone else, nor do I have special privileges. Why must it not happen to me? Who am I so that certain things do not happen to me if Jesus himself, who was the Son of God, suffered the cross? The "angel" wrote to me again and said: "The cross saves the world. At this moment, you are a friend close to Jesus on the cross."

On the sixth day, my fever had not gone down and they told me that there was a possibility that I might be hospitalized. They called me, and at two o'clock the ambulance was already at my door. I was very frightened and I began to understand what many people were saying. This disease makes us all the same, there are no rich, poor or middle class. I was treated very well, but I also saw the reality of the hospital, which I was not used to. When the ambulance arrived, a very gossipy neighbor came to look around, and it bothered me. But then something incredible happened. She came to the front door every day to ask what we needed and to run our errands.

In the midst of this situation, it was also the eve of my daughter Leti's fifteenth birthday, and this was an added concern for me, but I gave up and said: "You will have to face all this, I cannot spare you." And the birthday was awesome. Our friends came with a sign to sing for her on our doorstep. They sent her many presents and surprises. But the most beautiful thing was seeing her, the path she took. At first, she was in a bad mood because she had to totally change her plans, but then she accepted it and enjoyed every moment with great joy. At the end of the day she said: "If it were not for the Coronavirus I would not have had so many surprises."

During this time, I received countless messages, from work colleagues, school mothers, etc.. I was shocked to see the pessimism to which we often give in. Comments such as: "What a horrible moment, what a terrible situation, poor Leti who has just turned fifteen years old, I hope that this year will pass by quickly” ... one of this corresponded to what my heart desired or what I was seeing.

I am immensely grateful for having been cured and for not having infected my family, which I experience as a miracle. School of Community, in the book The radiance in your eyes, says: "Nothing seized him like the Father. ‘The Father and I are one. Not even the evil he suffered separated him from the Father. Rather, it is precisely there that you see all the density of His relationship with the Father, which led Him to entrust Himself beyond all measure." This is what I could see and touch. It was dramatic to trust, but I have been able to see how he arranges all things for our good, mysteriously.