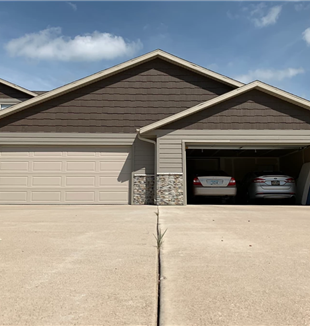 In the days following George Floyd’s death I was filled with sadness and confusion. Almost immediately I slipped into a position of analyzing how I am supposed to respond to this tragedy. I felt fear taking a greater hold of me. As a priest, I could sense my inability to know what to say and do that would be appropriate. The more I thought about the tragedy, the circumstances of the world, those whom I minister to and what might help them, the more powerless I felt to respond.

As the fear grew, I recalled Fr. Carron’s response to COVID and recognized the place to begin was my own fear. What was I afraid of? In asking this question I slowly stepped back from a personal demand that I solve deep, historical problems in our culture. Just coming to this question, even without answers, seemed to be a path which carried peace.

The first Sunday after the death and riots, I intended to address the circumstances during my Facebook Live Mass; however, the Holy Spirit guided me in another way which I had peace with. But immediately after Mass, I received two notifications from people asking why I did not say something. Peace evaporated, and I felt backed into a wall.

As I drove home, the fear and analysis returned. But something immediately burst through when I approached my driveway and saw my African neighbors all sitting outside. Go say hello to them seemed clear to me. I do not often speak to them, not because of their skin color but because it takes intentionality for me to dialogue with them. This day, I had a thought: “I do not know exactly what to say to parishioners, I do not know how to solve racism in our country, but I can say hello to the people in front of me."

Instead of closing my garage door, I pulled in and got out of my car and went over and talked to them. I said “hello,” had some small talk and then simply asked Somcan, the wife and mother, how she was responding to the circumstances: I listened. I tried not to have a ready answer or feel obligated to say something. Just listened. I learned much. It would be impossible to describe here how this helped me take a different approach.

I was totally surprised when our conversation turned to the fact that we were Christians. At the end, it was she who said, “We need to pray.” That day Sioux Falls was having a march and she said she was not going, but she would pray. She said it again: “We need to pray.” I am pretty sure she meant prayer in a general manner of realizing we need Christ’s help, which I agree with. However, I could not help but ask her to pray right there. So in her driveway, after three years of being neighbors and having little dialogue, we talked and we prayed—that God might heal relationships among us. She gave me the names of her husband and children, and we then exchanged phone numbers. It lasted no more than ten minutes.

Read also - The gift of unity

When I stepped back across our driveway divide and went inside, I was no longer afraid or resentful. I felt full. I knew that God had done something important. He not only removed the division in my own heart and built a bridge of unity between neighbors, but he answered my prayer for how to respond to my parishioners and other people: be present to your personal circumstances and respond to the people you are in front of. When I read Fr. Jose’s article everything solidified: remain open to a presence.