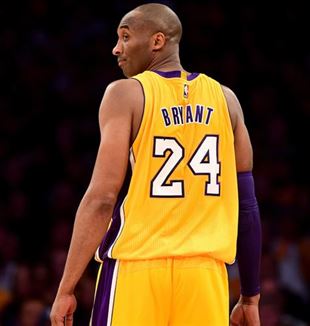 The death of Kobe Bryant suddenly made the great basketball player a companion to many of us. I teach literature at a technical institute in Milan. Last year, we worked on his letter Dear basketball (written at the end of his professional career), from which very interesting dialogues were born. For this reason, the day after the accident, I decided to listen to my students' questions and considerations about the death of the great athlete, his daughter and the other passengers on-board the crashed helicopter.

At the first intermission, I met one of Kobe's biggest fans, one of the students who was most interested last year. When I asked him about it, he opened Instagram, showed me the many posts that have been published and immediately blurted out: "This sucks! People only post about him because he is dead”. “And what do you think?”. "I have not slept all night, it's absurd."

Another hour passes and, after an assignment in class, another student asks me to "talk about current affairs" (a question that he has never asked in two years). "What do you want to talk about?" I ask. "The death of Kobe Bryant." "And what do you have to say about that?" "That it is absurd, it is not right, he is too young." Again, a dialogue is born, but it involves the whole class. At first, there is an inevitable search for the cause of the crash (“Fog? Malfunction?"). This was immediately followed by a dizzying consideration: there is no technical explanation that is capable of filling the most burning, yet truest of all questions: ‘Why?’ “If I could tell you the exact technical reasons why the helicopter crashed, would you be satisfied?" I asked. "No, that still leaves ‘why?’”, the same student replied. I was moved by his sharpness. He must hold the question of why into account throughout his life, as do all of us. Even the accumulation of posts on Instagram does not solve anything. "With this question, we have something “burning” in our hands”, I told them. So the posts, the search for causes, or even a prayer... We can do everything so as not to face that question, but it only burns less.

The same boy replied further: "But this question cannot be answered". "You do not know", I replied: "I just hope you do not ‘shut it out’.” And then I said bye to them: "If I say that life has meaning you will either call me crazy or you know where to find me."

Thus, Kobe's tragic end screams out for an adequate meaning, one that is not limited to the right investigations, that is not ‘watered down’ in the understandable celebrations, but that offers the hypothesis of a path for each of us. This question has, in any case, made us companions in front of this confusion.

It is easy to say that young people are distant, disinterested. I challenge those who say so to answer the questions and objections I was asked this morning. Exciting, ‘grown-up’ questions that awaken young people who may sometimes be asleep, but never switched-off. For this reason, in the tragedy of the fact, Kobe is now my friend more than ever: his dramatic fate has once again brought to the surface the hearts of my students. Like mine.