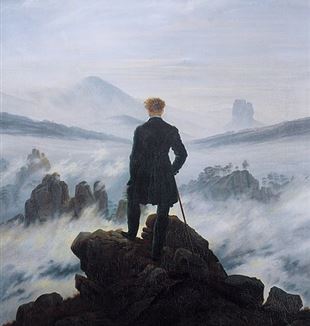 At this year’s Summer Vacation, I began to discover what true freedom is. I am a husband, a father, and a medical student, and I often felt like I was not free because of the demands and responsibilities that life placed on me. For most of this year, freedom has seemed like a thing of the past that I have to simply let go of and move on from. In front of this struggle and recognizing that my circumstances won’t be changing any time soon, I have found myself asking what freedom truly is; freedom used to mean doing what I wanted, but I hoped that it must mean something more.

I brought this question with me to the vacation and shared it with many people who would tell me that they most experience freedom when something is clearly asked of them. This frustrated me at first because being obedient to something asked of me seemed like a restriction of my freedom. After a number of these conversations, I finally had to acknowledge that in front of me were people with many responsibilities who were free, happy and living something that before the vacation I would have thought was not possible for me. I decided then that I wanted to risk on the possibility that this experience could be mine as well, and I slowly began to say “yes” with my heart and without grumbling to what was asked of me by my wife, my son, and the studies that I brought with me to the vacation. Little by little, this began to change me. I stopped wishing that my wife would stop asking things of me, and I began seeking her out to see how I could care for her. I stopped trying to avoid the times my son needed me and began looking forward to my time with him, even if I was missing out on something else. I stopped feeling like my studies were taking me away from the vacation and instead began to see them as my way of participating by responding to what was asked of me.

There were also many clear moments of grace and gift that I received because I was obedient to what was asked of me. One afternoon while pushing my son in a swing, I had a conversation with a mom who shared her own challenges of family life and witnessed to the way she was changed by it. One morning at breakfast I was sitting alone with my wife and son and I looked around at other tables, wishing we could have sat by other people. To my surprise, my parents and some other friends soon came to join us and a beautiful conversation ensued that I would have missed had I insisted on doing what I wanted earlier.

In light of these experiences, I was struck by the words from two songs that we sing often in the Movement - “The Things that I See” and “Freedom.” In the first, I understood in a new way the line “... I can look at what He gave me, and He’s gonna show me even more than I see.” By truly looking at what I have been given with the hope that it holds promise for me, I discovered that God gives me even more through my embrace of His gifts. In “Freedom,” I was struck by the chorus, “And before I’ll be a slave, I’ll be buried in my grave.” While I had thought of life’s responsibilities as a sort of slavery, I discovered on the Vacation I am a slave when I insist that I know what I need. Freedom, rather, is paradoxically born of obedience to what I have been given.