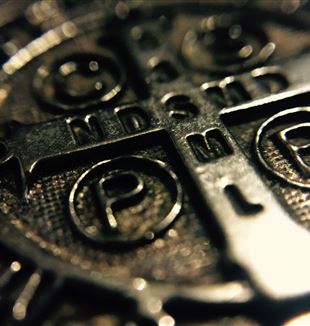 A number of people from our small community in New Haven, CT, have become friends with a special group of women who live in the Monastery of the Glorious Cross in Branford.
Their history is truly exceptional: they belong to a branch of the Benedictines that was founded in the 30’s in France with the specific characteristic to receive candidates who discerned a call for monastic life but who would not be accepted by existing monasteries due to insufficient health. Their name is Benedictines of Jesus Crucified and, of note, their monastery in Connecticut was opened in 2001 on the very premises where the first U.S. hospice was founded in 1979 by a diverse group of people from Yale University (the Dean of the Nursing School, a Catholic Chaplain, a Protestant Minister, a Jewish surgeon and a pediatrician; But this is another interesting story).

When the monastery opened in 2001, a group of twenty-six nuns moved in from two pre-existing locations in Pennsylvania and in Rhode Island. Unfortunately the number of members of the community has shrunk to nine, and currently only three still live in the Branford monastery. Whereas many people might refer to them as “the handicapped nuns,” their real identity is that of Benedictine Sisters living a contemplative life in communion.

One of the many exceptional women we have met there is Sister Marie-Bruna, and it is fair to leave her witness to excerpts of her own words, written some time ago in a personal account:

I was born in Singapore to a staunch Buddhist family, where religious observance was and still is practiced with ardent fidelity … I became a victim of poliomyelitis at the age of seven and it left me bed-ridden for the next three years, spending time inside an iron-lung machine. Thankfully I became mobile again with the aid of braces and crutches. However, these childhood experiences most likely contributed to my sense of introspection and contemplativeness.

As a child, I believed that no one in the world was like me, falling prey to agonizing solitude … I experienced a fearful void, a gnawing hunger for the Infinite. Born and raised in a non-Christian milieu, I had not understood God as a God in constant relationship with me. Quite suddenly and unexpectedly and without any Christian influence around me, I felt the incursion of God that began to take hold in my life. Later I was amazed to realize that He is alive in me. This was my initial conversion to Christianity.

Subsequently, I became very attentive when listening to Christian songs and one day I heard singing: “Jesus is alive.” I reflected that Buddhists follow Buddha, a historical figure, but Catholics follow Jesus, a living person. I want to be a follower of this Person and not of an historical figure.

Think of how many of these words are germane to the current contents of our School of Community!

From that point on, our friend was baptized (with the permission of her family: her mother said “It is a fact that you do not belong to us”) and studied music for many years, something she says she was passionately in love with. However, her conditions prevented her from becoming what she wanted to become: an orchestra conductor. While hospitalized, she received the book written by the Foundress of her Congregation, Suzanne Wrotnowska (Mother Marie des Douleurs), whom Sister Marie-Bruna had seen as a child years before at her parish in Singapore, but refused to meet in fear of being attracted by her (“I did not want to be pulled into her net”). And from the reading of that book she eventually decided to join the Congregation, first in France, and then in America, where she was among the first ones to move to Branford.

On these events she comments:

My decision to answer the Lord’s call by leaving family, job, and even my country behind and venturing into the unknown, to a country where I didn’t even speak a word of French … was I out of my mind then? No, because my conviction of the Lord being in control of my personal history constantly made me hear His words: “You follow me.” So I did … I have always been thankful for my vocation and grateful for the monastic life. I feel indebted to God for having called me and put my faith in our Lord Jesus Christ who is telling me:” You are precious in my eyes. Fear not, for I am with you until the end of time.” (Isaiah 43:4)

It is through the witness of and friendship with truly exceptional (and, yet, in their words, very normal) people like our Sister Marie-Bruna that our own faith is challenged and, hopefully, strengthened.