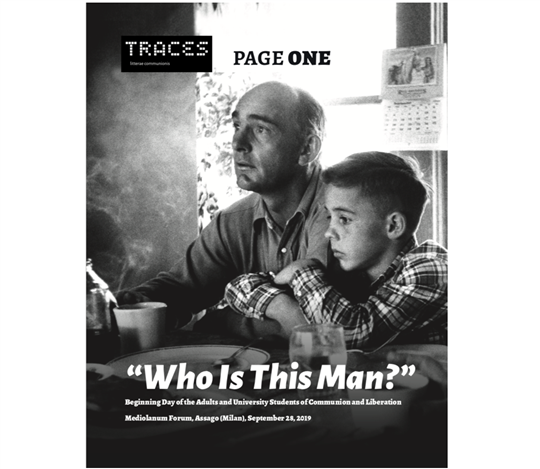 Julián Carrón
Let us ask the Holy Spirit for the poverty of heart that opens us to being seized by Christ.

The philosopher and psychoanalyst Umberto Galimberti, asked in a recent interview what was the most frequent cause of anguish for his patients, said, “That provoked by nihilism. Young people today are not well, but they don’t even understand why. They lack purpose. For them, the future has changed from promising to threatening.” He added, “In 1979 when I began working as a psychoanalyst, the problems were grounded in emotions, feelings, and sexuality. Now they concern the void of meaning” (U. Galimberti, “A 18 anni via da casa: ci vuole un servizio civile di 12 mesi” [Out of the house at 18: what’s needed is 12 months of civil service], interview by S. Loren- zetto, Corriere della Sera, September 15, 2019).
I think his words clearly identify the challenge each of us faces. We see it every day, both personally and in society, as we have observed these days concerning the issue of the end of life. What’s at stake is so important that we must not try to minimize it. Any attempt to do so would only confirm how crucial the situation is. This challenge cannot be faced with speeches about worldviews, or with moralism or sentimentalism, because they change nothing. Our experience of living is called into question. Professor Galimberti himself is aware of this, and in fact, when asked,
“What is the meaning of existence?” he said, “I have to seek it in the ethics of the limit, in what the Greeks called the golden mean.” Each of us can verify whether his answer can fill the “void of meaning” and face the nihilism he himself criticized.
I do not know whether his answer would satisfy an author like Houellebecq, who, in a letter to Bernard-Henri Lévy wrote: “More and more frequently, and it pains me to admit it, I felt a desire to be liked. On each occasion a little thought convinced me of the absurdity of this dream; life is limited and forgiveness impossible. But thought was powerless and the desire persisted–and, I have to admit, persists to this day” (quoted in L’Osservatore Romano, June 4, 2019 in “The ‘Unbalanced’ Power of Christianity, interview with Fr. Julián Carrón by Andrea Monda). Houellebecq, like Galimberti, perceives the limit of life, but this does not eliminate his yearning to be loved, even though he deems this desire absurd.
“How important it is to feel challenged by the questions of the men and women of today!” Pope Francis said recently in a speech to those participating in a gathering organized by the Pontifical Council for the Promotion of the New Evangelization (“Address to Participants in the International Meeting for Academic Centers and Schools of Evangelization,” September 21, 2019). In addition to the fact that we ourselves often have these questions, they push us to deal with the cultural context in which we live. Fr. Giussani proposed a road for responding to this provocation: experience.