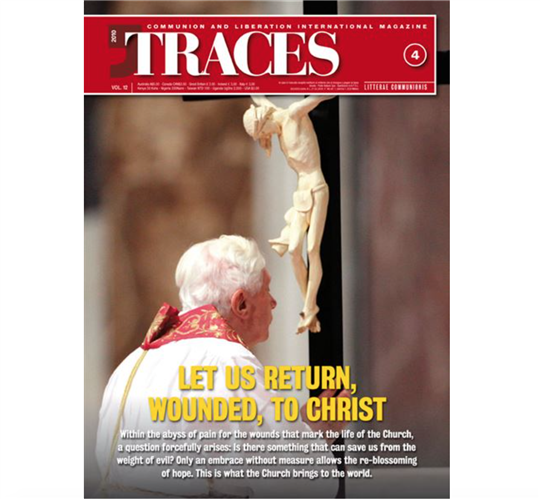 None of us has ever been as dismayed as we are in front of the heart-wrenching story of child abuse. Our dismay arises from our inability to respond to the demand for justice which springs from the bottom of our hearts. The request to assume responsibility, the acknowledgement of the evil committed, the reprimand for the mistakes made in the handling of the affair–all of this seems to us to be totally inadequate as we face this sea of evil. Nothing seems to be enough. And so we can understand the frustrated reactions that have been coming forth at this time.

This has all served the purpose of making us stand face to face with our demand for justice, acknowledging that it is limitless, bottomless–as deep as the wound itself. Since it is infinite, it can never be satisfied. So the dissatisfaction, impatience, and even the disillusionment of the victims are understandable, even after all the injuries and mistakes have been admitted: nothing can satisfy their thirst for justice. It’s like entering into an endless struggle. From this point of view, the ones who committed the abuse are paradoxically facing a challenge similar to that of the victims: nothing can repair the damage that has been done. This in no way means that their responsibility can be lifted, and much less the verdict that justice may impose upon them; it would not be enough even if they were to serve the maximum sentence.

If this is the case, then the most burning question, which no one can escape, is as simple as it is unavoidable: “Quid animo satis?” What can satisfy our thirst for justice? This is where we begin to feel all our powerlessness, so strongly expressed in Ibsen’s Brand: “Answer me, God, in the jaws of death: Is there no salvation for the Will of Man? No small measure of salvation?” In other words, cannot the whole force of human will succeed in bringing about the justice that we so long for?

This is why even those who demand it most, those who are most insistent in calling for justice, will not be loyal to the depth of their nature with its demand for justice if they do not face this incapacity that they share with all men. Were we not to face it, we would fall prey to an even crueler injustice, to a veritable assassination of our humanity, because in order to keep on crying out for the justice that we formulate according to our own measurement, we have to silence the voice of our hearts, thus forgetting the victims and abandoning them in their struggle.

It is the Pope who, paradoxically, in his disarming boldness, has not fallen prey to reducing justice to any sort of human measure. To begin with, he admitted without hesitation the gravity of the evil committed by priests and religious, urged them to accept their responsibility for it, and condemned the way certain bishops in their fear of scandal have handled the affair, expressing his deep dismay over what had happened and taking steps to ensure that it not happen again. But then, he expressed his full awareness that this is not enough to respond to the demand that there be justice for the harm inflicted: “I know that nothing can undo the wrong you have endured. Your trust has been betrayed and your dignity has been violated.” Likewise, even if the perpetrators serve their sentences, repent, and do penance, it will never be enough to repair the damage they did to the victims and to themselves.

Benedict XVI’s recognition of the true nature of our need, of our struggle, is the only way to save our full demand for justice; it is the only way to take it seriously, to take it fully into consideration. “The demand for justice is a need that is proper to man, proper to a person. Without the possibility of something beyond, of an answer that lies beyond the existential modalities that we can experience, justice is impossible… If the hypothesis of a ‘beyond’ were eliminated, that demand would be unnaturally suffocated” (Father Giussani). So how did the Pope save this demand? By calling on the only one who can save it, someone who makes the beyond present in the here and now, namely, Christ, the Mystery made flesh. “Jesus Christ … was Himself a victim of injustice and sin. Like you, He still bears the wounds of His own unjust suffering. He understands the depths of your pain and its enduring effect upon your lives and your relationships, including your relationship with the Church.” Calling on Christ is not a way to seek a hiding place to run off to in the face of the demand for justice: it is the only way to bring justice about. The Pope calls upon Christ, and steers clear of a truly dangerous shoal, that of distancing Christ from the Church, as if the Church were too full of filth to be able to bear Him. The Protestant temptation is always lurking. It would have been very easy to give in to, but at too high a price–that of losing Christ. Because, as the Pope recalls, “it is in the communion of the Church that we encounter the person of Jesus Christ.” And so, aware of the difficulty both the victims and the guilty have “to forgive or be reconciled with the Church,” he dares to pray that, by drawing near to Christ and sharing in the life of the Church, they “will come to rediscover Christ’s infinite love for each one of you,” since He is the only one able to heal their wounds and rebuild their lives.

This is the challenge facing all of us who are incapable of finding an answer for our sins and for the sins of others: agreeing to take part in Easter, which we celebrate during these days, as the only way to see the re-blossoming of hope.

(This article was published by the Italian daily la Repubblica, on April 4, 2010)