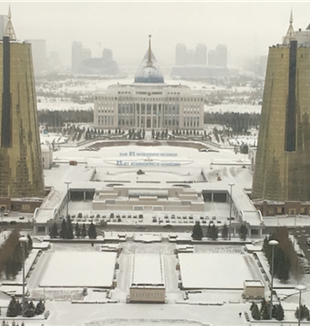 One morning in early September, I woke up with thoughts of how rich the past few months had been despite the pandemic, and how intense life with friends in the community had been. My heart was filled with gratitude and awe before all the events of the spring and summer.

Even faced with the death of two loved ones, Olya and Galya, in the face of not being able to see my children because of the closed borders, in the face of the difficulties of distance learning. And then the illness and death of some family members due to Covid.... Despite but also thanks to all these circumstances it was possible to live intensely. It is as if someone, that morning, had ignited in me the desire to tell the whole world about a love, the great embrace of a Mystery that did not leave me in an unbearably difficult moment, while I was suffocating from impotence and learning again to obey and follow His signs, rather than my own ideas. 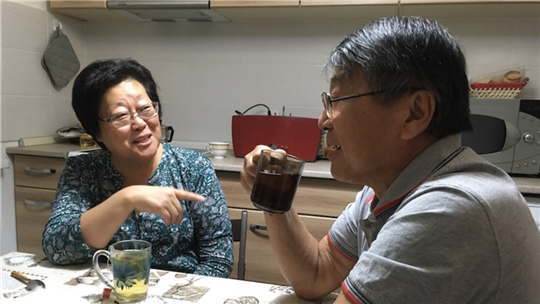 Culture, which is a gaze, an original judgment upon every aspect of personal and public life, is born thus, from the experience of a lived Christian faith that is translated into attempts of expression visible and accessible to all. And a daily work, giving flesh and beauty to the presence of Christ in the world. And what about us? What can we do to bear witness to this? This question generated the desire to organize a series of initiatives involving the friends of the community and beyond. The title: "The courage of hope". The official organizer of this event was the Italian Cultural Center "Italy plus A. Chira", set up in the late nineties in Karaganda thanks to Fr. Edoardo Canetta, one of the first Italian missionaries of the movement in Kazakhstan.

Ever since I met the movement, the Rimini Meeting has always been an important point in my education. So, inspired by this, four years ago, with some friends we organized the first meetings during the Christmas period, a kind of "mini Meeting" in Karaganda, with an exhibition and some public meetings inviting friends from Russia, Ukraine and Belarus. It had been an important event for the community and the city.

In August this year, we collaborated in the special edition of the Rimini Meeting from here, spreading information and videos through our social networks and participating in some meetings organized by Russian friends. In those days I began to share the desire to repeat the "Christmas meetings" with friends from all over the country. Unfortunately, in September the pandemic brought new restrictions here as well. The idea of taking an exhibition on Fr. Giussani to the regional art museum of the city was cancelled, and the meetings had to be rethought out as well, without stopping to look for interesting Kazakh personalities to invite to a dialogue. With time it became clear that the whole project could only be done online. And so it was.

We got off to a great start with the meeting "Here we are! We are!", a series of testimonies by friends from Karaganda involved in the "Faro" Youth Center, which was set up at the end of September for disabled children. An international event, with participants also from Sicily, Milan, Cremona, Fidenza, Varese... And from Germany.

The second meeting, "Being young", came about because Anna Pak, a student at the Academy of Arts, made a documentary film with the same title as the meeting: "Being young". This work, her thesis, describes the story of a girl who, together with her friends, opened the café "Bontà", which has become a meeting point for the city's youth.

Fate has allowed me the privilege of always being close to young people, of drawing curiosity, energy, determination from these relationships and of being involved in their drama of life. Gratitude for this has always brought a desire to share with them the experience I encountered that saved my life. Like looking in the mirror, in the questions of the kids, in their opposition to the world, I see my own questions and my own war. It has always been a challenge for me: to live with these questions to the very depth, to witness to young people that they are more important than the answers, that they guide our freedom. Thus this meeting was also important to my high school students where I teach, who were stunned by the correspondence with the open questions in their hearts. It was an incredible moment, so much so that, the following Sunday, we met again to talk more about it and go deeper into what came up. On December 29, current events also took center stage in a meeting entitled "Endless Dialogue: Virus and Heart", dedicated to education, with teachers and principals from Kazakhstan and around the world.

The next stop, this January, will be a meeting with the Russian poetess and translator of Dante Ol'ga Sedakova, "Sacred Word on Man", organized alongside the Pokrovskie Vorota Cultural Center of Moscow. In the face of what we see happening among us, it is increasingly clear to us that "the courage of hope" is not just a beautiful image, but the everyday experience of those who encounter a Presence in life, which fulfils the promise of the first encounter and does not stop taking initiative, calling to follow His voice.

Read also - Cecilia and the bursts of light

These Christmas meetings seem so insignificant compared to what is happening in the world. But there is no measurement in God's plan. We are used to measuring what we do, ourselves and each other, while, in His plan, everything becomes important for my growth and my journey towards Him. As Dietrich Bonhoeffer said, "we must be ready to let God interrupt us," and then watch what He does through our hands and our small and fragile "yes”.