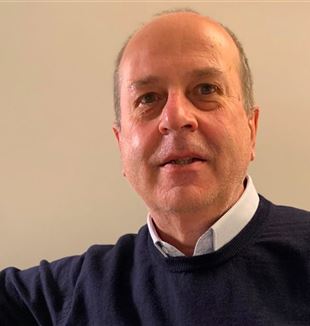 For over thirty years, Luca Salvi has only dealt with bones. Then, on February 22, while on holiday in Tuscany, a phone call from one of his colleagues turned his life upside down. In the hospital of Alzano Lombardo, where Luca is head of Orthopedics, the first cases of Coronavirus had arrived and the situation was getting exponentially worse every hour. Within a few days, the town, at the foot of Val Seriana, became one of the hotbeds of the epidemic. The hospital was re-organised: all the wards were used for Covid19 patients. Luca and the other specialists learnt, from their colleagues, the standard protocols on how to treat the virus. Shifts of six hours often became eight, twelve depending on need. "To understand: ten hours in the operating room is the equivalent of one hour of care for these patients. But I want to stress this: we are not heroes," he says on the phone. "None of us feel like heroes. We are just doing what we were brought up to do: caring for the sick. Our task is to do it well. We love caring for patients. Reality has driven us to put ourselves on the front line by giving everything, and no one has backed down. This painful affair has created a new affection, a friendship, a new sense of responsibility amongst us. Being in this extreme experience has led everyone to reaffirm that life is a gift and must be respected until the very end. Overcoming one's own limits".

At the beginning of the emergency, a colleague stops Luca: "I am not prepared to act as an internist, so I need someone to put down in writing that I can deal with these patients without incurring sanctions in the future". Luca tries to explain to him that this is not possible, sick people are arriving all the time." Reality imposes a new perception of our work. "The doctor does not listen to reason and says: "Then I quit". The next day, Luca finds him in the ward. At the end of twelve exhausting hours that colleague says to him: "I have been thinking. My task is this: to cure these sick people and to be with you". 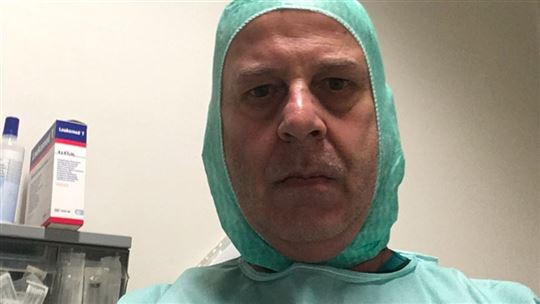 Every day, they have to deal with fear: of getting sick and, above all, of transmitting the disease. And then the fear that they see in the eyes of the sick who die alone, because relatives cannot be with them, they cannot even say a last goodbye. "This is the greatest sadness and anguish. It is up to us to accompany them, we take the place of their children, of their parents, offering a look of courage where possible and always of tenderness. It is difficult to explain what we feel in those moments". The Bishop of Bergamo, Monsignor Francesco Beschi, has invited the health workers to bless those who are suffering, or those who are on the point of death. "I have begun to do so", Luca continues. "I think that it is the only thing that matters to those people”.

Relationships within the hospital have become radicalized. "After this experience, I am sure that our work will change. Something is happening between us. A way of treating each other, I would say a new friendship that flourishes in the details of the day". As happened with the nurses who, until February 22nd, spoke to him strictly in a formal way and now, of course, when they meet him ask him: "Would you like a coffee?".

A few weeks ago, the anaesthetist who helps Luca during his operations, fell ill. She decided to take care of herself at home, but the situation worsened and hospitalization was necessary. Luca sent her messages of comfort everyday, until they intubated her. She managed to overcome it and when they discharged her she wrote to him: "This experience has marked me very much". Luca sent her Carrón's letter and other contributions. "She has always known about my religious experience, about which she was very skeptical, but now a more direct relationship has flourished, a new human harmony. I realized that it really is true that this is an opportunity for us to get to the bottom of the truth of ourselves. This has been my discovery in these days. It happened with her, but it is also happening with other people". In what sense? "It seems paradoxical, but the reality we are dealing with, with all its harshness, leads us to reflect on the consistency of the self, as form and thought. The faces of my colleagues are God's tenderness towards me. In them, I see the victory of Christ. For this reason, I say that nothing will ever be the same, because of the depth that our friendship is acquiring”.

During the re-structuring of the hospital, at a certain point it was necessary to review the cleaning processes that the healthcare workers have to carry out when entering and leaving. Some military personnel came to help out, who knew the protocols well. Luca spent a few hours with them and, at the end, he felt his morale drop to the ground: there was still a lot to do. In the courtyard, he met Fr. Daniele, the hospital chaplain, who is always close to the sick, who told him: "Let us go to church". In front of the Crucifix, the priest said to him: "Let us pray to the Lord, the only one who can sustain the struggle". "It was liberating and, at the same time, it gave me strength. Because my need, and that of the sick, is in His hands. It is sustained by Him."#Coronavirus