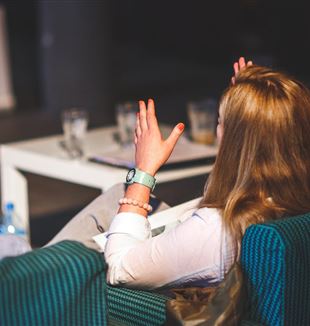 “It is impossible to be truly creative without a positive gaze on the present;” with these words, moderator Mattia Ferraresi greeted us as we gathered to hear a conversation among three men who, though immersed in the competitive, ever-changing worlds of business and design, are nonetheless unafraid of the future. Ferraresi asked the participants: Where do you see yourself taking risks in your work, and are these risks rewarding?

James Biber, an architect, responded first. Biber has worked on many notable projects, including the Harley Davidson Museum and the U.S. Pavillion for Expo Milano 2015. Rather than focusing on his achievements, however, Biber wanted to take us on a “non-linear journey, a story of how [he] got from one place to another.” Biber was raised in a creative household, and both of his parents were interested in furniture and design. When he attended Cornell University, he originally intended to major in Biology; however, he changed his course of study after reading Hans Wingler’s book, “Bauhaus” and after visiting an exhibit on Italian Design at the MOMA. He graduated with a degree in architecture and then became a successful architect, working mostly on “very expensive houses for very rich people.”

In his own words, he had a very “normal” career. Then, about five years ago, he began to move in a direction that was distinctly “not normal.” Biber started to accept pro bono work, designing public spaces, such as a playground and a dining hall in a senior center, around New York. Perhaps the most fascinating move in Biber’s pro bono career was his decision to renovate a waiting room for a probation office. After the remodeling, many people who arrived in the lobby walked back into the elevator, believing the space to be too beautiful to be a probation office! 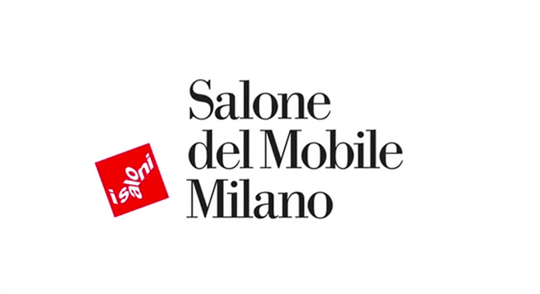 For Biber, these gratuitous projects were “the most satisfying things [he’d] ever done because the people impacted by these spaces had never even had an encounter with design before.” Biber has about six or seven of these projects in the works at the moment and said he has become “almost addicted” to doing this work that is simply “for good, not for profit.”

Then Dario Snaidero, the President of Snaidero USA, responded. For Dario, the big “risk” in his work was moving from Italy to North America in order to expand his family’s furniture business. Although Snaidero USA was not successful immediately, Dario faced the transition with “a kind of confidence,” and eventually business picked up and the company started new locations at various places around the United States. While confidence in the face of risks has been critical in the development of Snaidero USA, Dario said it is important that they do not get “too confident.” He believes much of his success is due to his attentiveness to something his mother once told him: “Don’t promise what you can’t maintain.”

Next, Roberto Snaidero, the Chairman of Salone del Mobile.Milano, spoke about his experience as president of the most famous international furniture trade show, Salone del Mobile.Milano. The position is relatively new to him, but he has already done a large amount of work to develop and expand the trade show. This past year, the show attracted more than 300,00 visitors from over 165 countries. While Snaidero appeared happy with the show’s successes, he is clearly not done yet. He spoke about the future with exuberance as he exclaimed “I don’t know, maybe we will bring this to the U.S. I don’t know! We will see!” Roberto has also devoted much of his time towards educating the future craftsmen of Italy. This exuberance led him to develop a Masters degree program for young people to obtain after high school.

These speakers were all extremely unique in their backgrounds, specialties, and approaches to work; however, everyone in the audience could sense, in each of them, a common trait: the passion for their work that drives them to look into the “sea” of the future and not to shrink away in fear; instead each of them proclaims, “full steam ahead!”#NewYorkEncounter