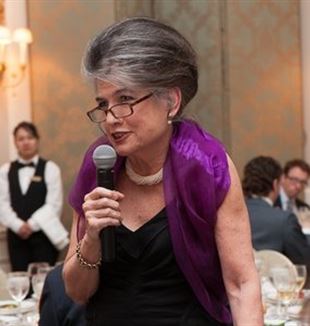 Helen Whitney is an American producer, director, and writer of documentaries and feature films that have aired on PBS, HBO, ABC, and NBC. Over the 30-year span of her career, her subjects have stretched across a broad spectrum of topics, from youth gangs to monastery life; from politics to art, in an indefatigable exploration of what drives–and injures–the human spirit. Among her dozens of noteworthy awards are an Oscar nomination, the duPont-Columbia University Award, an Emmy Award, and the George Foster Peabody Award. Her most recent film (and book of the same title), Forgiveness: A Time to Love and a Time to Hate, examines the dynamic of forgiveness through emblematic “human” stories, ranging from personal betrayal to genocide. Traces caught up with Ms. Whitney in New York City, where she discussed the complexities and contradictions of this “new” ideal of forgiveness on the move in the world as never before, showing itself in truth and reconciliation commissions, international and domestic public apologies, and more. She reveals a passion behind her director‘s genius that never settles for easy answers.

The subject of forgiveness seems to be very alive in the current cultural milieu. What is going on?
Forgiveness is in the air today as never before. It’s left the church confessional; it’s in the fractious streets, on the psychoanalyst’s couch. It’s at the heart of restorative justice and pioneering 12-step programs around the world that offer the possibility of authentic change. Self-help forgiveness books fill shelves at Barnes and Noble. There are websites hawking confessions in a cyberworld that promises freedom from guilt but little personal accountability. Forgiveness dominates afternoon television shows where quasi-priests offer quick absolution. This new forgiveness–and it is new–is immodest and sweeping in its reach. It is not only ready to heal individuals, but corporations, churches, and even nations. It is part of the language of human rights hearings, it drives truth and reconciliation commissions, and it shapes the tsunami of public apologies–the sublime and the ridiculous. Inevitably, its new role in the world raises serious and complex questions that I wanted to address in the film: Why is forgiveness in the air today? What is its power? Its limitations? Its dangers? Has it been cheapened or deepened? Or both? What does it say about us and the times we live in?

What do you mean when you refer to the limitations and the dangers of forgiveness?
While forgiveness evokes mystery and power, it also comes with an aura of sentimentality, of unexamined New Age pieties. The most egregious: that it is almost always better to forgive than not and those who can’t are spiritual underachievers. In fact, there is pressure in society today to forgive, a kind of politically correct insistence: “You have to forgive; get over it...” to the extent that the injured can be doubly injured. I confess to having mixed feelings about this “new public forgiveness.” Who of us hasn’t cringed watching yet another disgraced politician clutching his humiliated wife in front of a bank of microphones? Or felt queasy as mass murderers ask for forgiveness from truth commissions–and get it! Or wanted to laugh as our Senate apologized for not apologizing for lynching!

How did you address the idea of the dangers of unexamined forgiveness in your work?
To this point, I raise some question in the film: Are there classes of victims like abused children or battered wives for whom forgiveness could be harmful? Are women so socialized to be the peacemakers, the forgivers, that they can be considered a danger to themselves? Are victims of atrocities being asked to forgive prematurely, fostering a culture of impunity within their nations? It is complicated.

Did such questions drive you into this three-year project?
Initially, no. But I was approached by a financier who was obsessed by the subject who offered me full funding and complete artistic control. No film producer would ever turn down such an invitation without considering it first! I looked at the word “forgiveness” and thought, “Oh my God, this idea is vast, shapeless”–as my daughter said, “Mother, it is a big baggy sock of an idea.” The intellectual and geographic boundaries seemed infinite. Where could I begin? At the time, I was finishing up an epic film project with epic battles (the four-hour Mormon series for PBS), and all I wanted was to sit at home and recover. If I could have found a subject to shoot in my living room, that would have been perfect! So I was not engaged with the subject at the outset but I decided to explore it, talking to hundreds of people about forgiveness.

What did you discover?
To say that forgiveness mattered urgently to many people, I know sounds banal, obvious, but it wasn’t so to me. Of course, I am no stranger to the strong emotions that surround forgiveness and unforgiveness. I have my critics, and I have judged them in turn. I knew the pleasure of forgiving and the pain of asking for forgiveness. I knew the corrosive effect of hanging on to resentment. Yet I had never thought about forgiveness in a disciplined way–theologically, philosophically, psychologically. But the minute people learned that I was making this film, friends and strangers would call or write–unburdening themselves. Forgiveness mattered. So did unforgiveness. Then I spent a few unforgettable days at a hospice for the terminally ill. At the hospice, I found that there really was no other subject besides forgiveness. I sat at the bedsides of atheists and believers and everyone in between and they all wanted to talk about forgiveness. It was clear that none of them wanted to go into the night unreconciled, unconnected. At this point, I realized that forgiveness might be one of the most important topics I had ever explored.

What was the turning point in your research?
It was my conversation late one night with my friend, Msgr. Lorenzo Albacete. We are both insomniacs and I knew I could call him at 2 am. He said, “Helen, forgiveness, this elusive, complicated idea, precedes religion. We create confessional structures around it, but in essence what we are doing is building upon what is an existential ache in the human heart.” This was a defining moment for me. His words became one of the film’s central themes. Also, it became apparent to me that no one can fully explain or define forgiveness: Where does it come from–God or man? Is it unconditional or does it have conditions? Is it simply about spiritual therapy and feeling better? Is it about a change of heart? And, of course, the all important question of the unforgivable: are there acts of evil so extreme that to forgive them is to violate the moral order? And on and on. All this was catnip for me. I prefer complexity; I prefer questions to answers.

After pre-interviewing approximately 800 people, you and your team chose a few very moving representative witnesses to communicate central ideas. Were you hesitant to show such personal stories?
I respect the privacy of each and every person who appears in my films, but this is a tricky area, and a profound question with which every film maker should be concerned. We use the phrase “informed consent” but in truth most people don’t know what will happen to them when they participate! While they can wholeheartedly desire to be in the film, they can, at the same time, be hurt badly by the internal and external repercussions of re-telling their stories. So I always ask participants, “Do you understand how your life may be changed?” I also have to make that judgment myself, occasionally turning down very good stories if I feel consent is not fully informed.

What surprised you in the making of this film?
That the penitential journey could take years, decades, even a lifetime was a surprise. I also learned that “premature” forgiveness could be not only limiting but harmful. In the particular story we profiled in the film to illustrate this painful drama, Terri Jentz relates how she lost 20 years of her life–in which she was barely able to function–due to a false forgiveness of her attacker and the suppression that resulted from this.

Do you think that a person can only come to forgiveness through religion?
Absolutely not. To forgive, or to not forgive, is a choice at the heart of our shared humanity. And the ache that presses us to reconcile, to reconnect with others or to decide ultimately not to forgive, is an existential, not a religious ache.

After working on this film for three years, are you now able to define forgiveness?
I hold to the premise of the film, which is that forgiveness is mysterious, elusive, and that it cannot be defined. While unseen, forgiveness is nonetheless real and one might rightly say, “I know it when I experience it.” But even to say that belies its complexity. If pressed, I would say that for me forgiveness includes but goes beyond “feeling good,” simply putting angry thoughts to the side. It involves engaging in the deepest way with the offender, and committing oneself to living fully in the present.

You heard from hundreds and hundreds of people about this universal topic; what would you say, in the final analysis, helped you most?
To answer this, I would have to go back to where I started, which was my friendship with Lorenzo Albacete. He always offers profound insights that no one else seems to provide. In the defining, late-night conversation I had with him, he explained that we are made for relationships. Forgiveness begins with one person facing another. It is a search for the healing of the aching human heart. In fact, he said that the religious definition of hell is absolute loneliness; it is the break of all relationships and being left to nothingness. This is why, in his line of thought, he could also go so far as to say forgiveness is “a matter of life or death.” All of this resounded deeply within me and was confirmed by the hundreds of witnesses I interviewed, giving dimension and direction to this colossal undertaking.