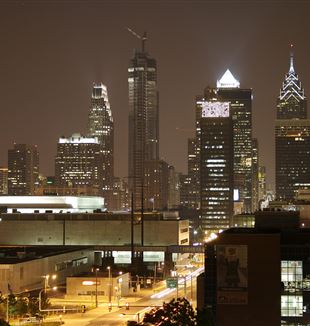 We started off with Fr. Antonio introducing the retreat. He told the story of what encountering the Movement has meant for some college students, he spoke of where our own difficulties lie, where we might be on the path of faith. In particular, one college student said, “After encountering the Movement, I am helped to see my life as one thing, as a unity.” At the university, instead, we tend to live in a fragmented way, where we separate life into sections. Timothy Herrmann, an undergraduate at Berkley, described how, for him, “the university is often a separated thing, something I have to contend or fight with on a daily basis. I pretend that the university is something I have to get through and be done with, as if it is something different from life. I really want to do what I want with my time.” We end up trying to live each part of our lives as perfectly as we can, but remain divided. Instead, when you see life as a whole, you understand that you cannot control everything.

Fragmentation
But this fragmentation leads to the reduction of the encounter of Christ to a positivistic perception of life, where “Christ” is an emotion without history, and we live as if we knew Him already. This fragmentation eventually leads to despair, and truth is only an imposition or a set of rules to follow, and not a discovery of the One who never fails us. Fr. Antonio finished the evening by stating that we are given this time during the weekend to reflect on our experience of living in the university, and to take seriously every minute of the weekend as a proposal, instead of just jumping from commitment to commitment; to live our days open to what might happen, instead of being concerned with perfection. The next morning, after starting the day with Morning Prayer together, Fr. Antonio continued where he left off the night before to describe how Christianity is related to this fragmentation. The only thing that can pull our lives out of fragmentation is an unforeseeable event, and not some kind of moral effort to try to be different. This is exactly what the Christian event is. Just like when Christ looked at Simon or at Levi, the tax collector, so do we encounter Him the same way.

After the exercises, Juliet Joly, an undergraduate at Notre Dame University, described how, at her university right now, there is “utter chaos over the recent announcement that President Obama will speak at the university’s commencement.” For her, this event has led her back to her CLU community, “the only place of certainty during this time, where that gaze of affection is present, which is the only source of real meaning and judgment in my life.”

After this lesson, there was an assembly to give an opportunity for all of us to understand where we still might have difficulties and have them clarified. During the assembly, Meghan Berneking, an English major at Xavier University in Cincinnati, described how hard it was for her to be able to relate to a “defining moment or encounter when that ‘Event’ is talked about.” Fr. Antonio clarified how Giussani himself never foretold anything that would occur in his life. He never had any plans of the CLU being born, but all he knew was that he had to follow the unity he had with some of his students.

Life is One Thing
Later in the evening, everything that Fr. Antonio had been speaking to us about was put right in front of us when Jonathan Fields, a professional musician from New York, joined us to give a presentation on Rachmaninov’s 3rd Piano Concerto.

It became clear during the presentation that, for Jonathan, life is truly one thing, which is centered on the discovery of Christ in his life. Before he started his presentation, he led us in singing a few spirituals. He stopped us in the middle of our singing and made us begin again because, though the way we were singing, it was clear that we didn’t understand the meaning behind the songs–because it’s only in realizing the meaning of the songs that we understand thier true value.

Jonathan introduced the piece for us by describing the difficulties that Rachmaninov lived through at the time when he wrote this piece: he was recovering from depression and his heart was bursting with desire, trying to understand the meaning of his life, as he looked at various types of music, from liturgical music, to Slavic music in general, to the Gypsy music he heard in bars. The concerto reflects the pace and drama of life, with the fast-paced melodies followed by calmer and slower music, before the action rises again.

The concerto, Jonathan explained, describes that as life goes on, there are different moods we go through, until finally, in this piece, it is summed up in a last moment of glory and happiness. Rachmaninov decided to have a happy ending, even though he might not have known what that could be. But for Jonathan, this journey that he hears so clearly in music is crucial in his work, as even the music he showed us has in it man’s search for the answer that is Christ.

An Opportunity
The university can be a confusing place to live in. However, this does not mean that living differently and truly within the circumstances of the university is impossible. What is needed most of all is that we see the event of Christ happen in our lives again, which requires faithfulness to the method we have been given.

After coming back from the Exercises, I was behind in my work for my classes and knew that it would be difficult to catch up. But by following the School of Community daily and by authentically looking for Him in my life, I no longer see this school work as another task to get out of the way or another hard period of time to get through, but instead as an opportunity for my relationship with Christ to grow.