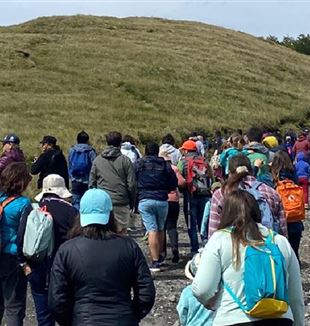 "Do you ask if I will come back?” replied the Unnamed. “If you turn me from your door, I shall wait outside as obstinately as any beggar. I need to talk to you! I need to hear your voice and see your face! I need you!” These words from The Betrothed, from the 2019 Christmas poster, marked our vacation between 1-6 February in Osorno, with about two hundred people from the CL community in Chile.

In our country, this last year was marked by the need for justice, by protests against clear social inequality in Chile, and the streets were filled with slogans saying: "Until dignity becomes custom". Without a doubt, it has been a year that has challenged us all, because we are part of the desire to be worthy men and women, far beyond what is proposed by the media, by politicians and by any populist response. In the midst of such national turbulence, during the vacation, the phrase "Where dignity becomes custom", has been placed before our eyes. A disproportionate, perhaps pretentious, incomprehensible sentence, if it were not for the content and reason that lie at the heart of our reason to meet: the only response that the heart yearns relentlessly for. We do not build human dignity, but we help each other to see the profound need we have for a response that is not deceptive, which persists, which does not leave us calm; on the contrary, which moves us more and more. This was the content of our vacation, for example, through Beethoven's life, which we listened to guided by friends who have studied his life and work. How can we not be moved by such a person?! A man full of limits and fragility, and, at the same time, "possessed" by an overflowing genius, who has left humanity a legacy of incalculable beauty. 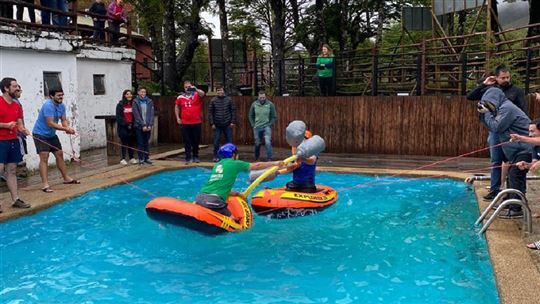 On the other hand, in order to understand the words of Manzoni's Unnamed, we were able to delve deeper into his book, to help us understand that classical works are those "that speak about ourselves with new and deeper eyes". The embrace that Manzoni describes, between the begging heart full of desire and mercy, describes all of us. It gives us the hope of always being saved by an embrace that makes us discover who we are, without censoring our evil, without being scandalized by what we are, but embraced by Good.

A couple of friends introduced us to the life of Karoline Mayer, a religious missionary of the Congregation of the Servants of the Holy Spirit, who arrived in Chile in the sixties from Germany. She is an icon of the search for social justice, who criticizes our indifference and laziness. She is a tireless fighter for the most vulnerable through the Fundación Cristo Vive, an institution dedicated to Family Health, Disability, Rehabilitation and Commercial Formation, aimed at young people and adults living in the different neighborhoods of Santiago. Karoline Mayer's work stems from a concrete and operative faith, through her continuous commitment and sacrifice. But what stands out in her life is not so much the immense work she has done, but the deepest discovery of her heart: Christ does not call us to "do" but to "love", Christ does not ask us to "do things" but to love Him, and to love others in Him. He simply loves who we are, regardless of our actions. 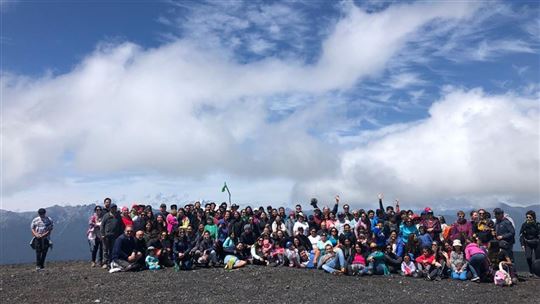 Getting to know this woman's life better, we were given a taste of what dignity is: a love that discovers what we are, that goes beyond what we do. In these days, at the foot of the mountain, we participated in a beauty that perhaps was already known to us, because we already knew this way of meeting, this way of singing, certain words were already familiar to us. And yet, everything was a surprise, everything was a novelty, for both the old and young. Why do we keep meeting for vacations? This was the first question Fr. Lorenzo Locatelli posed us in the introduction. Why make the sacrifice of a long journey, investing time and money that we could use to simply rest? Because we are like Manzoni's Unnamed; we need to feel Him, we need to see Him; we need to be like beggars at the door of this ever new promise.#LatinAmerica #SummerVacation