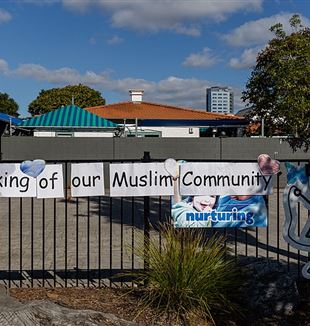 We learnt with horror about the mass shooting in two mosques where 50 people got killed and many others wounded, including some fellow Malaysians. This episode seems even more heinous because it was done in a place of prayer against innocent people.

Who would not echo H.E. Archbishop Julien Leow’s words “The loss of innocent lives does not build lasting peace in the world”?

We do not know who the perpetrator is and what kind of troubled life he must have lived to reach the delirious decision that the world could be a better one by killing other human beings.

How can a 28 year old young man, who at the peak of his energy could be full of hopes in building a family and contributing to the betterment of the world with an honest job, perceive the other as such a threat that only using a rifle can he think to solve his fears? We cannot deny that among all of us there is an ancestral fear that other people can be a hindrance to the fulfillment of our deepest desires (friendship, justice, love, meaning…), yet the senselessness of such a tragedy provokes questions about our human condition, the nature of evil and the source of hope in the face of the possibility of such evil in our world and our lives. These questions cannot be avoided; they demand real, certain answers.

How can our Christian faith answer to these questions?

Two-thousand years ago, a Man who was on his way in Nain came across a funeral procession where a widow, who had just lost her only son, was giving loud cries. Deeply moved, he said to the widow: ‘Woman, do not weep’. That Man was God and what an unimaginable thing is that God, the same one that is making me now, who looks deep into our hearts, can say ‘Woman, do not weep!’. We want to embrace our fellow brothers and sisters who have been affected by the mass shooting and say ‘My friend, I do not know you, but do not weep, because there is Someone who is embracing you now in this terrible moment of sorrow’. Christian faith is this certainty of a destiny that is mysterious, yet it is good. We ask Mary’s intercession for the victims and the perpetrator.