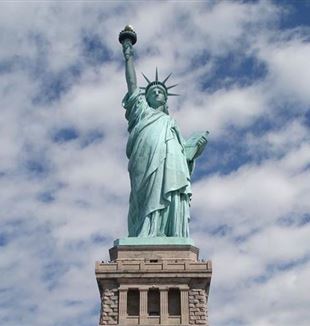 “Ask yourselves: Are you better off now than you were ten years ago?” For Ronald Reagan to win the White House, it was enough to pose this question to his fellow citizens.

The Americans of 1980 looked back, saw a decade marked by Vietnam, Watergate, and the “uneasiness” that had accompanied the subpar presidency of Jimmy Carter, and decided to change gears. What does an American see when he asks himself the same question today, a decade after September 11th: “Am I better off than I was ten years ago?” The answer is more difficult now than it was in the ’80s. The world has become more complicated, and America with it.There is, however, a decisive similarity to the United States of 30 years ago. At the time, those who saw the country as condemned to an inevitable decline and a permanent and forced coexistence, as equals, with the Soviet Union, were mistaken. As were those who thought that the “American Dream” was only outdated rhetoric void of content, erased by the disaster in Vietnam, Nixon’s shady dealings, and the economic crisis. A decade later, the USSR evaporated, while America–stronger than ever– prepared to export an innovation called Internet to the world, accompanied by the ideas of brilliant young men by the names of Bill Gates and Steve Jobs. In the same way, one would be mistaken today if, looking at the U.S. in the midst of an economic crisis, with an unemployment rate close to double digits and unresolved military involvements in Afghanistan and Iraq, he were to conclude that not only is the American Dream dead, but that the “American century,” the 20th, is buried along with it, to make room for the presumed “Asian century” that we are living. I will hazard a prediction for the decades to come: the Bill Gateses and Steve Jobses of tomorrow, and even the next Mark Zuckerbergs (the founder of Facebook is only 27, but, in the Web age, generational shifts happen quickly), will still have American, and not Chinese, passports–even if those passports will increasingly display photos of faces that are Hispanic, Indian, or have almond-shaped eyes.

I remember well the United States at the beginning of the millennium, in that brief period of the 21st century before the attacks on the World Trade Center and the Pentagon. I had landed there in 2000 with my wife and three small children, as an immigrant journalist, in a New York that was beautiful, energetic, and insane. Everything cost too much, everyone seemed intent on becoming millionaires in the New Economy, everything seemed possible. In the White House, a Bill Clinton who had already been disgraced by his sexual escapades impotently awaited the end of his term, while two less-than-thrilling candidates, Al Gore and George W. Bush, battled to succeed him. But politics weren’t that interesting and the future president seemed destined to run an ordinary administration. All in all, the world, seen from New York, seemed uneventful.

When friends came from Italy to visit us, we brought them to see Manhattan from the observation deck of the Twin Towers. In our living room, even today, there is a photo of our youngest daughter smiling and dancing at the World Trade Center, in front of the unmistakable silhouette of the Towers: the piece of skyscraper visible in the picture is the same one that became tragically famous after September 11th, because it was the only part of the external skeleton of one of the towers to remain standing. If one thinks about pre-9/11 New York and compares it to today, it would be difficult to say that America, ten years later, is a better place. Between 2001 and 2011, all kinds of things have taken place: two wars that the world could have done without (especially Iraq); an exorbitant reaction to the Jihadist threat, which included Guantanamo, waterboarding, encroaching on privacy and human rights; Hurricane Katrina; and finally, the collapse of the real estate market and the worst economic crisis post-World War II (there are some, like Bill Emmott, the former director of The Economist, who believe that September 13, the day in 2008 when Lehman Brothers went under, was more devastating than September 11, 2001).

VISIBLE SIGNS. And yet this decade has been much more. It is the period in which Google, a small California start-up founded by two Stanford students, Larry Page and Sergey Brin, became the global colossus that we all know. Facebook didn’t exist until 2004; today, it unites 750 million people all over the world. Ten years ago, no one talked about biotechnology and alternative energy; today, they are a promising industry and a job market for future generations. No one ten years ago would have imagined a black president in the White House.

But, above all, no country in the world would have been able, in a decade, to bring to power (out of nowhere) three political novelties like Neoconservatism, Barack Obama, and the Tea Party (which didn’t exist until 2009 and by 2010 had practically taken over Congress). But these, in the end, are only the most visible signs of the nation’s vitality. Much, much more has happened in this decade at the level of thought and interpersonal relationships. Far from the spotlight, a network of friendships and solidarity reinforced by the trauma of 9/11, the wars, and unemployment, has developed. America is not just the shouts at Tea Party rallies or the protest marches of the Liberal Left. It is also a fabric of churches and communities where much of the egoism and the pushiness that characterized the nation were watered down before the attacks. It is a social body continually renewed by the lifeblood of some of the most motivated immigrants in the world, first of all the Indians, the Vietnamese, and above all the Hispanics: for them, the American Dream is more alive than ever.

ENERGY IN THE AIR. To understand why, despite Europe’s attempt to convince itself of the contrary, the 21st will still be an American century, one must forget about Noam Chomsky and instead read the work of scholars like Anne-Marie Slaughter, who recently returned to her post at Princeton after two years spent at Hillary Clinton’s side in the Department of State (as a result, it would be difficult to suspect her of being a “dangerous” Neocon...). In a world that looks more and more like a giant social network, she believes that the U.S. maintains an underlying advantage: the creativity of a truly “social” environment, which is the fruit of the ethnic mix, of a culture that encourages challenging the status quo, and of a university system that remains the best in the world.

Anyone who has stepped onto an American campus knows what kind of energy is in the air. You can also feel it on many new Chinese campuses, but with a substantial difference: in China, everything aims toward order, perfect administration; that is, political tranquility. Mark Zuckerberg would never have succeeded in creating Facebook on the futuristic campus of the Zizhu scientific-industrial park in Shanghai. If you consider all the factors, the answer to Reagan’s question today would be more articulate than a simple “yes” or “no.” America as a whole is not better off than it was ten years ago, when it was attacked by Al Qaeda. But the GDP and the unemployment rate aren’t the only indicators of happiness. The American Dream is still there and has solid roots. For those of us on the other side of the Atlantic, it would be wise to continue to investigate its secrets, as Tocqueville once did, instead of succumbing to Asiatic fever.