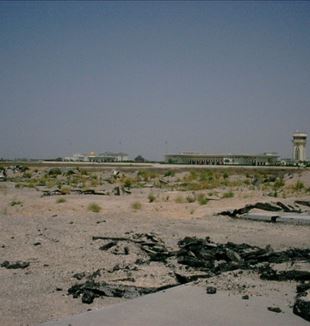 “In certain cases, dialogue is everything.” Aharon Appelfeld, born in 1932, is not a politician, and he wants to make that clear, shielding himself from questions about certain issues. He survived the horrors of the extermination camps in Ukraine and traveled through half of Europe before reaching Israel and becoming one of the most important writers in the Hebrew language (see Traces, Volume 10, No. 5 [May] 2008).  In order to oppose every clash and division, this intellectual “centered all his works on intercultural dialogue.” We asked him how he sees the conflict consuming the Gaza Strip. He is now retired, after a life teaching Hebrew literature at the Ben Gurion University, Negev, with which he still collaborates. Precisely there, he saw that “it is possible to bring together Jews, Muslims and Christians. Every day, 70 students, Jews, Druse Christians, and Americans, sit down together to listen to me reading Qohelet, Primo Levi and Vasily Grossman… I try to see to it that they understand each other. This is our task: to open minds and hearts, educating them to listen to others.”

Nice words, but this war is making listening impossible. “At this moment, we would be close to an accord with the Palestinians, but the extremists of Hamas oppose it in every way.” Appelfeld says that the war is “costly and painful” (in the first 12 days, the Israeli counter-offensive is said to have cost 1.300 lives, over one quarter of them civilians) and “everything must be done to avoid it.” He speaks of “compromise, peace and dialogue: this should be our vocabulary.” But what is dialogue? “A journey together towards truth.” Despite the divisions and the different religions? “In Islam, in Judaism, and in Christianity, God speaks a tender, human language. Religion should be a force of friendship, love for men and for the world. But there are those who sow death in God’s name. This is the tragedy of extremism.” This is why Appelfeld defines this war as “existential.” “Israel’s attacks are not aimed at Palestine or any other country, but at Hamas, a force that threatens our very existence. It is a battle against extremism, a danger that is spread well beyond our borders.” Why? “Because Hamas is the long arm of Iran, a country that will soon have the atom bomb and has already declared it wants to use it. It is a threat for the whole of Western civilization.” What does he think of the attitude of Europe? “It often pretends not to hear. If it continues to do so, it will be a tragedy for everyone.”

From man to man. In the face of this situation, everyone has a responsibility, even those not directly involved in politics. “I, too, with my commitment as an intellectual, can contribute towards peace. Every citizen has duties, and I do not feel myself only a citizen of Israel, but of the world.” In what sense? “In my works, I tell of people who are suffering–Jews and non-Jews. I try to speak as a man to other men. The war would end if people were to understand each other.” Before the resumption of the conflict, a visit of the Pope to the Holy Land was announced for May. What hope have you for this visit, if it does eventually go ahead? “I can’t imagine how, but I am sure that it will be an important step towards dialogue,” because “every man who is authentically religious is a man of peace, and this is his mission in the world. In these days of fighting, I am reading The Religious Sense. Fr. Giussani was a man of this kind, and I am sure he will be able to help the peace process.”