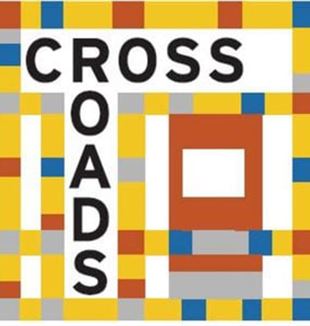 In 2004, the Crossroads Cultural Center was only an idea in the minds of some friends in America. In 2005, the show finally got on the road and the Cultural Center went public. Five months later, the floodlights went on: like a real child prodigy, Crossroads filled a hall at Columbia University with more than 350 people, for the presentation of John Paul II’s book, Memory and Identity.

The backdrop of this event is New York City, a metropolis some define as an electric mixer because of the centrifugal energy that characterizes it, able to absorb thousands of intellectual pulsations and thousands of cultural ferments that emerge from its bowels.

Who were these people with the nerve to challenge the Big Apple with the ambitious idea of a cultural center? Four Italians on transfer in the United States: Angelo Sala, Letizia and Marco Bardazzi, and Carlo Lancelotti.

From Rimini to New York
“For Angelo and me,” says Letizia, 38, a mother of three, “the crucial moment was the Rimini Meeting of 2004. It had been years that we had not been to see how, over the twenty-five years of its life, this event had kept alive its capacity to embrace everything, giving rise to what John Paul II defined as a ‘frontier culture.’ It made us want this experience to happen for us in its own particular way here.” Letizia and Angelo (a tax accountant for a bank) roped in her husband, a journalist working for the ANSA news agency and Carlo, who teaches in the Mathematics Department at City University of New York (CUNY). Though the ideal was clear, there was nothing on the ground, so everything had to be built from scratch. For a whole year these four got together every Wednesday, come rain, come shine, from 6:30 to 8:00 pm in one of the many Starbuck’s around Manhattan. “The first thing we began to discuss was our ‘mission statement,’ which we classified in four sectors: current affairs, tradition and culture, ‘Beauty will save the world,’ and ‘Face to face with…’. Then we thought of the name, the logo, and a mailing list. What strikes me, as I recall it, is that it all came from us, trusting only in our being together, and questioning each other. Every step has been the fruit of our unity, and this fact generated an obedience among us.”

The Bardazzi home
In order to get started, the Crossroads machine needed contacts. Once a month, the Bardazzi house became the scene for grandiose dinners, where personalities of culture and politics were invited. “These people, with their contribution and professionalism, introduced us to a whole series of social environments. These encounters were a great opening for us and an encouragement, but our guests were excited, too, because they sensed they were taking part in something new.” Dinner after dinner, around that table, friendships were formed, discussions were held, and new ideas came up–a real goldmine from which the Crossroads calendar was to draw in bucketfuls.

After eight months, it was time to get to work. In a fashionable hotel on 42nd Street, between Park and Lexington Avenues, the first meeting on the reform of the United Nations was held. Letizia recalls, “Angelo and I had thought up a solid strategy: in March, all the ambassadors had received an elegant personal invitation, along with a letter of presentation of our Cultural Center. The week before the event, an e-mail reminder was sent to those invited. We even paid almost maniacal attention to every last detail in the room–a desk for signing in, the photographer, hostesses. I went all around the city looking for three glass jars so that the participants could leave us their business cards! We did all this not for affectation or aestheticism, but because even the color of the pen that matches the tablecloth speaks of us, tells people who we are and the reason we do things.”

After the first meeting
One month after the début, on May 16th, Crossroads surpassed all expectations with the presentation of the recently deceased Pope’s book, Memory and Identity, published by Rizzoli USA. In a crowded hall at Columbia University, amongst the speakers was Cardinal Edward Egan, Archbishop of New York. Letizia comments, “That event gave us credit in the eyes of the city, so much so that some months later it was the publishing house Basic Books who came to look for us to organize the presentation of the book by Marcello Pera and Joseph Ratzinger, Without Roots.” The meeting was held on February 6, 2006, in the presence of the then-President of the Italian Senate and the Apostolic Nuncio at the United Nations, Celestino Migliore. It was like a fine day that was foreseen in the morning, as what followed after the first steps of Crossroads was a wealth of meetings in every field–music, film, theater, education, science, politics, photography and literature: an abundance that is the fruit of the ongoing provocation of life in America, and it was often inspired by the energetic personality of Monsignor Lorenzo Albacete.

“In the section called, ‘Face to face with…’” Letizia goes on, “we recall the meetings with the famous television journalist, Paula Zahn, who was introduced to us by Monsignor Albacete (who had been a guest on her program), and with Tony Hendra, author of the bestseller Fr. Joe. We tackled the theme of education with a debate on ‘Freedom of education and its enemies,’ with Charles Glenn, Boston University’s School of Education Dean and one of the nation’s top authorities on education policy, and Marty Golden, New York State Senator. As for cinema, on the fourth anniversary of 9/11, we showed the movie September Twelve, written and co-produced by a friend in the CL community, John Touhey. On this occasion, we got to know the head of the cinema department of the New York School of Visual Arts, Professor Sal Petrosino and the cinema historian Gene Stavis, with whom we planned a meeting a few months later on the relationship between film and music. The real prizes, though, were the two roundtables on the hottest themes in America today–bioethics and evolution. The first meeting, on January 28, 2006, was the one that forged our friendship with Dr. Edmund Pellegrino, Chairman of the President’s Council on Bioethics, and with Daniel Sulmasy, Director of the Institute of Bioethics at New York Medical College. The second, on May 31, 2006, managed to bring to the speakers’ table Michael Behe, Professor of Biological Sciences at Lehigh University in Pennsylvania, who coined the expression, ‘Intelligent Design,’ and Michael Hanby, a philosopher of Catholic inspiration who has devoted part of his studies to the doctrine of creation and the theories of Darwinism.”

The Cultural Center’s most recent event was on another hot topic, ‘The Middle East in American Foreign Policy.’ This lively discussion afforded the audience the opportunity to hear two brilliant journalists, exponents of American liberalism, Peter Beinhart and Paul Berman.

Poetry in Washington
The list of initiatives organized by Crossroads in just a year and a half is much longer than this, and those who did the organizing deserve a medal for bravery. “It wasn’t child’s play,” says Letizia, “there were many obstacles.” The most dramatic, almost with the sour taste of contradiction, was when, in September 2005, the Bardazzi family had to move to Washington because of Marco’s job. “Crossroads had just taken off and we had to transfer to another city,” Letizia tells us. “All the same, we trusted in that circumstance, too, and brought in two friends in New York to fill the void, Simonetta Wiener and Rita Flansburg. Then Marco and I timidly let ourselves be drawn by the Capital, where we realized that the terrain was fertile, and a Crossroads started there.”

Washington is less mundane, less gossipy than New York. Its more serious and erudite atmosphere allows Crossroads to show its own. Not by chance have the meetings organized by the Center been at an almost academic level, like the first one on poetry: two hours of discussion and reading with Dana Gioia, National Endowment for the Arts Chairman, who was joined by Paolo Valesio, Professor Emeritus at Yale and Head of the Italian Department at Columbia.

“I am a little taken aback when I think of this long list of names,” confesses Angelo Sala. “We never dreamed of reaching many of them. I have to acknowledge that what made us successful was not an obsession or a particular attitude, but the constant education the Movement has given us–an all-embracing view of reality that brings us nearer to the truth of every detail, and passionate longing to make known the beauty and the hope that faith bring to life.