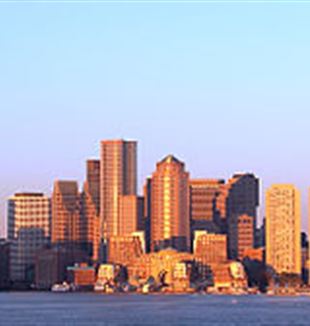 This year’s national diaconia brought 350 responsibles together from all over the U.S. for a weekend marked by intense work and the evidence of a “coming of age” in the American experience of the Movement. Giorgio Vittadini, Fr Pino (Stefano Alberto), and Carras (Jesus Carrascosa), together with Msgr Albacete, guided the work.

Friday evening, Jonathan, our national responsible, opened the event by citing a CL university (CLU) student who, in response to the inquiry, “What is the Movement for you?”, stated, “It is my life.” Not only this response, but the very presence of the CLU that evening was cause for wonder, as among us were 7 students who earlier that day, while driving in a van from New York, survived a serious accident. Thus, we began the diaconia thanking Our Lady and invoking her intercession for our time together.

Stream of testimonies
The reports that had been sent in by all the communities amply documented the victory of Christ in a unity among people with different histories, cultures, and personalities, and repeatedly testified to the fact that life in the Movement unexpectedly answers a need that sometimes painfully marked a person before the encounter with Christ. These reports came to life for hours on Saturday as people lined up to recount the year’s events, and a stream of facts flowed through the microphones.

In California, BJ was facing a deadline that would have prevented him from attending the diaconia. He took a risk and explained his predicament to his colleagues, who generously responded by working overtime so that BJ would be free to come. Marek, a surgeon and researcher in Canada, described how he is able to guide the students in his laboratory even in areas where their expertise surpasses his because he has been educated in the Movement to a positive gaze on reality. In front of difficult or seemingly contradictory lab results, he is able to help his students to begin again. Bill from South Carolina described how the GS high school group has started there through his friendship with the principal of his son’s high school. Others spoke of weddings resembling community days, with friends starting to attend School of Community after being amazed at the friendships and liveliness of the celebration.

The list went on and on…
In response to Saturday’s interventions, the following morning Fr Pino commented, “I’ve never had the occasion to be at an assembly where all the interventions express the awareness of a positivity. There is a beauty and a greatness that is taking place among us. But we need to help each other become aware of what is happening. What is happening here in the States is the grace of the strength of the new beginning.”

On a cruise
After a synthesis by Fr Pino, we boarded buses and drove to the harbor where a boat was waiting to take us on a lunch tour. On the dock and aboard, the lively singing that opened and closed each meeting in the conference center filled the open air, joined by a momentary burst of stunned laughter as two participants discovered they knew each other from college, 20 years past. We returned refreshed and ready for a second assembly, this time focused on how we see the experience of the Movement as an answer to the needs of America.

Particularly this year, a clarity emerged in the perception of how the charism of CL responds to the needs of Americans, characterized by a strong sense of individualism and a deep affective weakness that leaves us largely incapable of staying in relationships. One CLU student explained that the Movement is a “hope for America, because I see students despairing that no one cares about them. People kill themselves [as happened in the string of suicides at NYU] when they don’t have someone there to help them out. There’s a hope here for people that they will be loved for their destiny, and not for whether or not they’re annoying.” Juadi from Puerto Rico spoke of friendships that persist, even though by now they “should have ended a long time ago” if lived like typical relationships in our society. The possibility for an otherwise elusive judgment, particularly in politics, is central to how Tobias, philosophy professor at The Catholic University of America, identifies the victory of Christ experienced concretely in the Movement for America.

Not individuals, but persons
Michele, a high school teacher who moved this year from New Jersey to Maryland following the encounter with the Movement, saw the importance of the charism in helping “Americans see themselves as persons, not as individuals. Understanding yourself as a person happens in the experience of belonging that opens you to embrace reality.” Annemarie shared that “the victory of Christ is the fact of the solidity of the presence of this people which is stronger than any sort of psychological doubt that I can have. It’s the unshakable nature of the Christian people that can only be Christ. And for me that is an extremely important point because the death of Thomas in Iraq this year in my community, the physical death of him, also brought to light an essential point for me–a doubt that also comes from our culture–that everything dies, particularly relationships in our family, in our society. The victory is the fact that this people is unbreakable because it is the presence of Christ.”

Citing Hawthorne’s The Scarlet Letter, Chris, a high school teacher in New York, indicated that “the problem of America is that it’s filled with people who go after an ideal, but if you make a mistake, it’s over and you can no longer pursue the ideal. So I think the experience of mercy, the possibility to begin again to follow the ideal, answers the American need.”

A people for America
Doug, an attorney from the Chicago community, put it powerfully: “The reason I am certain that the victory that I experience by belonging to this people is the answer to America is that I’m an American. I’ve been completely formed by the culture as it was founded, not only as it is today. Some of my relatives were supposedly on the Mayflower. I was born and bred with certain ideas and then through an incredible grace I joined the Church through my wife Sarah. I had the good fortune to meet people in the Movement and, nearly 20 years later, I’m filled with gratitude at belonging to this people that has changed every part of our lives. From family to friends, the hopefulness we have for ourselves and children is because of the Movement. If it can happen to us, it can happen to everyone else.”

Sunday continued with a synthesis by Msgr Albacete and Giorgio Vittadini, a School of Community led by Fr Pino, and a testimony by former anarchist Carras about his desire for the ideal and his encounter with Christ in the Movement. As if this was not already an overabundance, during the course of the weekend we were joined by four bishops from Florida and Canada. His Excellency John Favalora, Archbishop of Miami; His Excellency Felipe Estevez, Auxiliary Bishop of Miami and Responsible for the Movements of the Diocese of Miami; and His Excellency Terrence Thomas Prendergast, Bishop of Halifax (Canada), each celebrated Mass with us, and His Excellency Thomas Wenski, Bishop of Orlando, participated in Saturday’s panel discussion on Ecclesia in America. Monday, the diaconia concluded with indications for how to continue our work with the tools offered by the life of the Movement, such as School of Community, music CDs, and Traces, and an incredible presentation on Giussani’s book, The Psalms, by Fr Rich and Fr Alberto Cutie, Director of Miami Radio Paz. A few “frizzi” (comic sketches) later, and we were off to our homes, with “texts in our hands and facts in our eyes.”