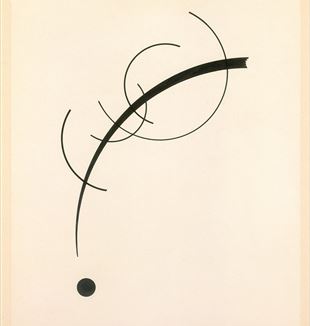 After some articles of mine appeared in publications…. like the New York Times and The New Yorker and The New Republic magazines…. I was invited to participate in an informal gathering of influential New York liberals involved in the mass media, politics, universities, and publishing houses. They meet regularly to reflect on the future of American liberalism. These liberals realize that the liberalism of the past is not able to deal with some of the serious worries of the American people, pushing many people with liberal convictions into the arms of a Republican Party dominated by conservative forces. My friends suspect that what they are seeking is in a certain sense a connection between liberalism and the strong religious sense of the majority of the American people, who do not accept the radical forms of liberalism embraced by the promoters of the rights to reproduction, homosexuality, feminism, and multiculturalism. Because of this interest in finding an opening toward religion, they invited me to participate in their discussions, and it is in this context that my reflections on "the problem of belonging" took shape. As a religious person, I believe in a Mystery pointed to by everything in existence. It is this Mystery that gives meaning and purpose to all human actions, precisely because they are human. Personality and freedom are thus inextricably tied to this transcendent Mystery. "The experience of belonging" emerges in the same way. Since my fulfillment as a person is inseparable from this Mystery, I "belong" to this Mystery, in the sense that my identity emerges within my relationship to it…. The Mystery, since it is transcendent, does not risk becoming a threat to my freedom as a person….
The problem begins when I recognize myself as a Christian. In this case, I believe that this absolutely transcendent Mystery entered human history and identified itself-in my case-with a single historical individual, in a given place, on earth, at a given moment in the past. This means that my life is now defined by this single historical event....

Tradition
There's more: this event happened in the past, once and for all time. Since I did not live in those times, this event must enter my present moment through some historical reality, a historical process, a movement, so to speak, generated by this event. I call this process "Tradition." This means that for me, personality and freedom are inseparable from my belonging to a historical tradition, to a people whose life is defined by this Tradition.

The "problem of belonging" is thus very clear: How can I be free if I allow my life to be defined by other human beings, who claim to have true authority in the name of this Tradition? Since the Mystery contains the full truth about my humanity, its Incarnation is an all-encompassing event, which impacts all the dimensions of my existence. Among these is the political dimension that determines how I live as a member of a society, of a nation…. How then can I convince others that I will not attempt to impose on them my convictions about what is true and (thus) good? And if I am not a Christian, how can I not feel threatened by a faith that affirms that the Absolute is present in history?

These are questions that I find myself facing during my discussions with the representatives of American political liberalism….

In the United States, the Protestant faith has essentially ceased dictating the founding myth that unified society according to Christian categories….

Radical neutrality
The problem is the following: In a society in which there is an increasing multiplicity of philosophical, religious, and ethical convictions, how can politics serve this purpose without favoring one over the other and thus limiting the individual's freedom to choose his own goals?

Some liberals defend this position by embracing some form of moral relativism. But neutrality, tolerance, and individual freedom are themselves moral values. How can they be defended by rooting one's position in the claim that no value can be defended?

The defense-called utilitarianism-of this neutrality is defined as the promotion of the greatest good for the greatest number. But this solution seems to subject the individual to the tyranny of the majority or of those powers who control it, thus it cannot be said that this is a valid defense of neutrality in the name of liberty. Utilitarianism is not capable of respecting true plurality and distinction…. This implies an opposition to every conception that considers human personality as tied to a good not chosen freely-for example, to aims or goals given by nature, God, the family, culture, tradition. A State based on this point of view must not favor these ties in any way. We must respect the dignity of all persons, but beyond this we owe them only what we have accepted to owe them through voluntary alliances or "partnerships" (for example, marriage is increasingly reduced to being a "domestic partnership").

But does this idea of personal freedom correspond with the original experiences that make up a person?

Belonging
Who among us, looking at these original, primordial experiences, can say that the human personality can be separated from the experience of belonging to relatives, children, home, etc.? It is simply impossible to separate my experience of being a person from these ties and this responsibility whose strength resides in my human awareness.

Many of my liberal friends underline the necessity to detach the defense of liberalism from philosophy or metaphysics and sustain it purely on the political terrain…. These liberals are not moral relativists, but political pragmatists. This defense of liberalism requires every political discussion "to stay on the surface," so to speak, avoiding any depth. When we are on the terrain of politics, then, we must set aside every moral or religious obligation, every bond and attachment, even if, as individuals, we take them into consideration in our free choices. This position requires a radical distinction between our personal identity and our political one....

Mystery
Now I ask myself how my liberal friends can help perceiving my faith as a threat….
I accept the Catholic faith because the Absolute that it proclaims is not the Absolute feared by liberals. I recall the theme of our Movement's Meeting this year in Rimini: "The unknown generates fear, the Mystery generates wonder."

It seems to me that as long as Mystery is identified with the unknown, the complete rejection of every concept of belonging that draws its origin from that Mystery is understandable. But Mystery is not the unknown. Thus, what can we know of this Mystery?

In a culture in which knowledge is identified as power, any claim to know the truth through a belonging to the Mystery within history is truly a threat. For it, the claim that this knowledge of the truth is associated with a belonging to a particular chosen people, who live according to the ties and tradition generated by this choice, is particularly offensive. The educational program of a culture in which knowledge and power are seen to be the same, for example, must perforce seek to destroy those ties and those traditions that originate in the experience of belonging.

This happens when multiculturalism is evoked.

Thus, while in appearance it opens toward everything that is human, this false multiculturalism is another way of neutralizing possible threats to the dominant powers.

But when belonging is the result of the Incarnation of this Mystery as humility in human history, the way of living that results shows the humility and openness that are generated by the form itself of Incarnation of the Mystery.

Authentic ecumenism
This is the basis for an authentic ecumenism…. This ecumenism is not the expression of a generic tolerance of a multiculturalism which is nothing more than the instrument of power; it is the love evoked by the entrance of Mystery into history that pushes us to take seriously and with absolute respect the experience of every person.

Thus, as Fr. Giussani writes, "For the Christian mentality, democracy is instead living together, that is to say, it is recognizing that my life involves the existence of others. Dialogue is the proposal of what I see and attention to what the other lives, out of respect for his humanity and out of love for the other, which does not at all imply doubt or the compromise of what I am. Democracy therefore cannot be based on a common ideological quantity, but on charity, that is, on the love of man adequately motivated by his relationship with God."

The current discontent among my liberal friends is due to the inability of liberalism to find a justification that corresponds to the original needs of the heart. In the last issue of the magazine The New Republic, without doubt the most responsible voice of American liberalism, we find this discontent expressed in the following words: "For what the world finds when it turns to America for intellectual leadership on the art of freedom is a predominating doctrine of liberalism, that conceives of freedom too narrowly, a doctrine divorced from any real political base, eschewing any explicit definition of ends even as it covertly promotes a particular set of them.... Where there should be the bold affirmation of noble ends befitting a great world polity, there is only a cautious non-committal doctrine of moral neutrality. Where there should now be a vibrant democracy that has abolished want and inspires its electorate to the highest levels of participation, there is apathy and corruption. Where there should be global leadership and vision, there is now a void."