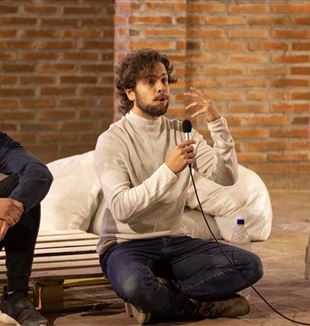 "Discovering the other: from tolerance to esteem." This was the title of the seventh edition of the Encuentro Santiago, which took place between 22 and 24 October in the Chilean capital. It is also the best way to describe what we experienced during these days of intense meetings, both in person and online.
Last year, in the midst of the pandemic, we proposed the theme “Living hope in the present”, not to run away from circumstances, but to look at them and get to the bottom of them. This year, even in the middle of the adversities of Covid, in a social and political scenario full of contrasts, and stances that seem irreconcilable, we proposed to move "From tolerance to esteem."

We live our lives trying to ‘tolerate’, as if reality were a toll we have to pay in order to survive: tolerate the everyday, our own fragility, adversity and the other. When we discover that it is not enough to rebel against reality, in the face of the difference of the other, and in the face of our own limitations, tolerance seems to be the only thing we can aspire to.

But why is tolerance not enough for us? Because we are not content to ‘put up with' what we experience, to 'not stand in each other's way', or to 'let each other live', without brushing against each other for fear of conflict, or worse: for fear of finding common ground with those who do not share our same thinking. To move from tolerance to esteem is to affirm that in every pursuit and expression there is an indispensable point that is the human heart. Esteem is the feeling that arises in the face of someone or something without which my life would not be the same. 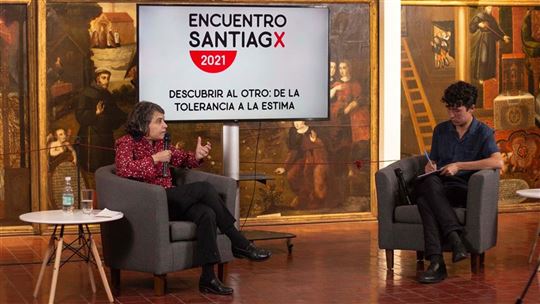 It is esteem for the other that makes us capable of desiring and participating in the search for the common good, that "common good" which is not reduced to a set of general concepts, setting aside certain aspects of one's own ideology. It is about that "common good" that does not start from the general but from the essential. We discover this essential in the particularity of the other. Only this allows us to look at diversity not as the ultimate and subtle renunciation of something, but as the possibility of discovering, in the other, what constitutes us as a person.
Thus the other and the moment are filled with the possibility of good that takes us out of the state in which we find ourselves, as was said at the meeting on mental health organised by the young university students: "We live thinking about the future and we are never in the present." With a present full of possibilities, however, our person returns to living here and now.

Friday began with a meeting on philosophy, entitled “Empathy as a bridge between tolerance and esteem.” Professor María Alejandra Carrasco spoke about tolerance in a polarised, fragmented, anger-filled society, where tolerance becomes a response based on not violating the rights of others. While esteem is a "pro-social" attitude, it represents an openness to the other who is different from us, as Pope Francis said. Empathising does not mean justifying the other, but putting oneself in a position of openness to understand them.

On Saturday some time was dedicated to art for children, then in the afternoon a meeting on violated childhood, which discussed the intervention of the state system to protect the rights of minors. The speakers were Liliana Guerra Arbuto, director of the School of Social Work and Maria Grazia Figini, Marina Figini and Elisabetta Paglia from the Cometa Association in Como. In Chile, the protection system has been recently modified after a number of cases of child abuse. The meeting emphasised the importance of the family, of the bonds generated by esteem and of not reducing the child to their trauma. 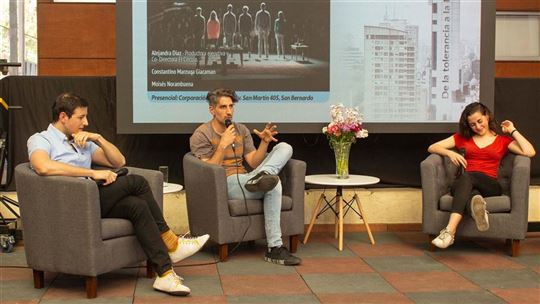 From a more entrepreneurial point of view, the topic of ecological transition, “the challenge of starting again” was addressed by Mauro Battocchi, the Italian ambassador to Chile, and Clara Bowman, manager of Hif Global (Highly Innovative Fuels). Saturday ended with a performance by the Quimera theatre company: "Hechos Consumados" by Chilean playwright Juan Radrigan, a work that highlights the lack of tolerance in a society to the extreme.

On Sunday, a testimony was given by the Natuf Foundation, a theatre company made up of a group of Chilean Jews and Palestinians who came together, starting from their opposing heritages and perspectives. They spoke of their working together, their pain, their history, the journey that began from tolerating each other to becoming friends, from building their identities to knowing and accepting the other. Another meeting featured people working in women's prisons, who offer their contribution through song. The Encuentro Santiago ended with a concert: "Contemplate, discover, esteem: the view through music".

The world walks towards its fullness thus: through a particular esteem, by the sum of esteem. In one of the meetings, our Venezuelan chef friend Sumito Estévez told us that he became passionate about cooking while watching his mother cook. When he asked her what had aroused her passion, she replied: "It was you, my children, who taught me to cook." Everything starts from concrete esteem, which is what builds: from becoming a chef to writing a new Constitution, from a new scientific impulse with regards to vaccines, to friendship between peoples at war.

Encuentro Santiago is this possibility for us: to discover, in the present, a precious reality full of the certainty - because of the special encounter we have had and which animates us - that there is good in everything that is yet to be born.