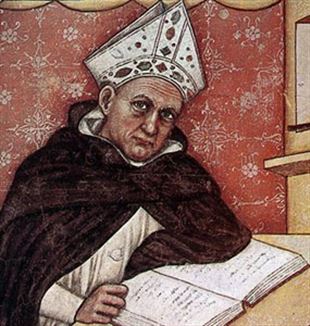 The GS community of Washington, DC, held the first of its PerspectiScope discussions, a series of cultural dialogues between invited guests and high school students on various topics of interest. Spurred by recent media coverage on the heated debate over evolutionism and intelligent design, PerspectiScope invited two scientists to dialogue about faith and science: Dr. Andrew White, currently a Senior Research Scientist for the Institute of Education Sciences at the Department of Education, and Dr. Massimo Robberto, an astrophysicist who works on the Hubble Space Telescope project for NASA. Among the many interesting issues that arose during the conversation was the meaning of belief. White affirmed that belief describes certainty reached in regard to a piece of data; he qualified its meaning according to the kind of data examined. Taking a different tack, Robberto asserted that the meaning of belief remains the same regardless of what is being known. A man can be as certain that his wife loves him as he can be of the force of gravity on earth. The clues used to reach certainty of faith and those used to reach certainty in science are different, but the quality of belief remains the same. What can we know through science? What can we know through faith? From these questions stem the debate on intelligent design versus evolution. Some proponents of intelligent design claim we can reach certainty of God through science; proponents of evolution claim that scientific evidence makes moot the existence of God. Both scientists acknowledged that when expressed radically, these positions become ideologies at war: religion that claims to be science in combat with science that borders on religion.

According to White, “There is something bigger than humans out there that is essentially unknowable.” Robberto also pointed out that scientists who are staunch atheists rarely become so because of scientific inquiry. “On the contrary,” he states, “it is most often the opposite. The more a scientist observes in reality, the more evidence there is for something mysterious behind it all.” Questioning reality and its meaning inevitably provokes a unique, inquisitive relationship with the mystery behind all of reality. Thus, genuine curiosity is one step toward openness to this mysterious presence in all of reality.

At the end of the evening, White offered a quotation from Albert Einstein: “The important thing is not to stop questioning. Curiosity has its own reason for existing. One cannot help but be in awe when he contemplates the mysteries of eternity, of life, of the marvelous structure of reality. It is enough if one tries merely to comprehend a little of this mystery every day.” PerspectiScope seeks to foster a dialogue among people about things that pique our curiosity. Taking seriously this question embedded in our nature, we endeavor to know ever more about the world around us and the mystery that speaks to us through it.