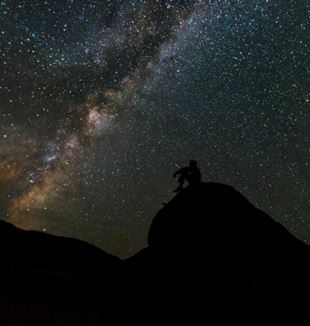 It is a real shame that Dr. Tullio Regge, one of the most famous Italian scientists, did not participate in person in the Meeting in Rimini last August. If he had, he would not have been forced to use partial sources for his information about the event, and he might have avoided shooting his poisoned arrows from the pages of Le Scienze (no. 386, October 2000) against the “shouts of the fundamentalists” who “forced” Minister of Health Veronesi to silence. With his characteristic ability to appeal to the masses, Regge managed to give the readers of one of the widest-circulating scientific magazines an obscurantist and closed-minded image of the Meeting (“frankly, I expected better from Communion and Liberation”), relegating under the common denominator of anti-scientific intolerance those who place the natural environment on the highest plane of values alongside those who invoke respect for human life and offer “an anthropologically integral idea of the corporeality of man.” Those who, instead, lived the Meeting even just for a short time saw a panorama dominated by a very different atmosphere: a real openness and in some moments even the surprise of finding oneself faced with unexpected topics and judgments. Why on earth, one could ask, did they devote a demanding sequence of panels to tracing the important milestones of a discipline like physics in the exhibit “From Democritus to Quarks?” And why did they insist on the centuries-old polemic on the frontier between science and faith in the exhibit, “Galileo: Myth and Reality?” In the first case, we have to say that those who missed seeing this exhibit missed the chance to realize that physics is not an inevitable chain of impersonal events, but rather a history of human beings, with all the ingredients of typically human experiences: more or less successful attempts, genius, surprises, errors and misunderstandings, good and bad luck, heroic efforts, and also injustice. “For those who do scientific research,” said Marco Bersanelli in his presentation of the exhibit, “it is evident that the advance of knowledge is more similar to the occurrence of an event than to the mechanical application of a procedure.” Seen in this perspective, Galileo’s experience, too, seems completely up-to-date; at a time when the natural sciences are becoming aware of the insufficiency of the old paradigms for explaining the richness of reality, focusing attention on Galileo’s contributions to knowledge is the best way to commemorate him. Certainly, to reach this point it is necessary to make a clean sweep of so many prejudices and stereotypes like the one, which refuses to die, of Galileo as a “martyr to science,” or of science blocked by the intransigence and closed-mindedness of the Church. Therefore the suggestions made by Msgr. Walter Brandmuller, President of the Pontifical Committee for the Historical Sciences, were valuable ones, in which he pointed the way for a reading of the affair “in the perspective of its time, avoiding applying to history the filter of the contemporary mentality and projecting onto an event of the past the weight of other events which happened after it and were unforeseeable at the time.”

An adventurous journey
The moment that, at any rate, would have most surprised those who nourished an image of science as arid learning or an automatism lacking any kind of drama was the meeting with Dr. John Barrow, a professor of mathematics at Cambridge, a leading cosmologist, and tireless popularizer of science (his latest book, published by Jonathan Cape, bears the meaningful title, The Book of Nothing). Barrow led an overflow audience on an adventurous journey, as scientific investigations always are, in which the questions raised by art, science, and metaphysics chased, completed, and enriched each other with their answers and new questions. But the fact that this happens is not only a function of Barrow’s professional skill or ability to capture the curiosity of the audience; it is in the nature itself of the experience of knowledge. Scientific research would not be possible without an elementary attraction, without a fascination that reality exercises to a greater or lesser degree on the “I” which does the knowing. There is an original wonderment at things (at physical phenomena, for instance) which is the favorable terrain for causing intelligent questions and fruitful hypotheses to spring forth. This is the wonder that a physicist feels when he records the data of a “big, old, dark, and cold” universe, discovering that all the components of the overall panorama are not arranged by chance. The size of things, for example–from grains of sand to mountains, to the most distant stars–is not arbitrary but is connected with the mass of objects in a surprising and highly precise proportion. The most overwhelming fact for cosmologists is that all these data converge to justify the “special” presence of man in the cosmos. Questions like, “Why is the universe so big? Why is it so old?,” do not have reasonable answers that differ from answers that postulate the existence of intelligent and aware human beings. Showing on a graph the temporal evolution of the universe, Barrow explained that all these billions of years were necessary for the stars to “cook” the light chemical elements until carbon and all the other elements were produced, so that they could then be distributed everywhere. During this long span of time, in the meantime, the universe expanded, reaching the size that is observable today. “If it were smaller, it would be too young to enable the stars to produce the biochemical building blocks for life, and we would not be here asking ourselves questions about it.” Even the darkness of the night sky, a consequence of expansion, is “a by-product of the conditions necessary for the universe to be inhabitable by living beings… billions of years ago the sky was very bright, but there was no one here to see it.”

New details
Today, instead, man cannot only admire the cosmic spectacle but can move into the meanders of its functioning, grasping ever-new details. And one of the factors that brings about this result is creativity. This term is rarely associated with science, which is felt to be dominated by rigid, predetermined procedures, in which the space for individual creative freedom seems to be reduced to a minimum. Barrow demonstrated instead that it is necessary to be creative in order to be able to understand nature in all its richness and subtlety, and that an aesthetic sense is not foreign to those who concern themselves with equations and diagrams. The discovery of new levels of complexity in nature forces scientists to refine the aesthetic dimension and to integrate rational rigor with intuition, a sense of beauty, a taste for drawing analogies, a freedom from preconceived schemes. This creativity is no different from the creativity that generates artistic production and depends on faculties present in every man and every culture since civilization began. In particular, music is the art that shows the closest affinity with science. We can ask ourselves why we like music and why there is no known culture or civilization that has no music. The answer is not easy, but can be found in the delicate play of simplicity and complexity: musical compositions are the result of a chain of mental events of inexpressible complexity; they are an example of “intricately organized complexity.” This is, according to Barrow, what attracts the human mind: an optimum combination of predictability and surprise, regularity and variation, symmetry and breakage of symmetry. This same sensibility helps the physicist to discover the laws of nature and reconstruct the history of the cosmos. Because the creativity Barrow is talking about is not an unconditioned formulation of abstract models, it is not an outlet for imagination that enjoys “building” possible worlds without restraints or limitations. It is rather a respect for reality, an obedience to the truth of things; it is the reflection of a creative universe that continually generates newness and variety. At the same time, it is the glorification of man to whom it has been granted to intuit its secrets, to be in tune with its laws, and thus to adhere more to the datum than to the image he had created of it. These are the topics and accents we would like to find more often in popular science and which should feed the debate among researchers. This debate is certainly not enriched by the prompt reply to Regge, once again in Le Scienze, made by Dr. Guido Visconti, who took the trouble to call on one of the sacred names of contemporary physics, Nobel Prize-Winner Steven Weinberg, quoting his most recent expression of his unshakable faith in reductionism and nihilism: “I am totally in favor of a dialogue between science and religion as long as it is not constructive. One of the great results of science has been, if not that of making it impossible for intelligent persons to be religious, at least that of making it possible for them not to be. We should not give this up.” Frankly, from these professionals of reason, we expected better.