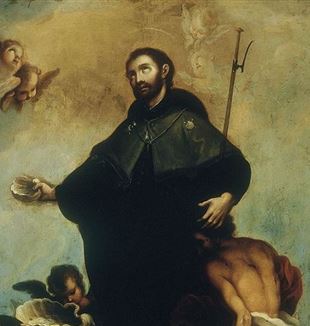 “I wondered how he could ask me to do it, with his spontaneous simplicity, as if he were asking for a glass of water. He said, ‘Start following the communities abroad.’” It was in 1993 when Fr. Giussani sent Fr. Ambrogio Pisoni around the world for the first time. He was 41, and since then he has never stopped traveling. Today, he is the official “visitor” for the communities of Asia, though Cairo is in Africa and Sydney in Australia. Only last year, he went on 17 “missions”–to Romania, Israel, Jordan, Lebanon, United Arab Emirates, Indonesia, the Philippines, Malaysia, Thailand, Myanmar, Taiwan, Japan… In 20 years, he has seen many people growing, seen many communities born, and visited towns he never even knew existed.

“Fr. Giussani’s request was the opening of a new, unforeseeable horizon. I was dominated by the awareness of my incapacity; it made me giddy. It was an impression that surprised me in the beginning and it is an awareness that, thank God, has not yet left me.” But in that year, 1993, there was little time for reflection. In March, he was in Slovakia for the Fraternity retreat; during Holy Week, he was in Mexico for the university students’ Exercises; in June, in Romania; and, in August, in Japan to visit Professor Shodo Habukawa on Mount Koya, and the small CL community in Hiroshima. The following year, he went to Finland and, for the first time, perceived all the enormity of the challenge he had before him.

“We arrived in Helsinki with some Italian friends who were living in Goteborg, Sweden. It was November, gray skies, low clouds, light rain... Cold. Silence. We were waiting at a bus stop with a group of Finns. The bus came and I started to board, but I didn’t have the marks for the ticket, so I asked the friend who was behind me to get the money ready. I spoke in a normal voice, but from the back someone said, ‘Shhh…’–to tell me to keep quiet. My blood froze. It was like being told, ‘Leave us alone.’” This was his introduction to the rigid cultural climate, marked partly by State socialism and partly by Lutheranism. “On that bus, I understood the challenge: how Christianity, understood as an experience in the present, can make a breach in a context where ‘everything conspires to keep silent about us.’”

One-to-one. If there is a risk of discouragement in Finland, what can one expect in Japan, “the land where the culture rules, in some ways more impermeable to Christianity”? Instead, over the years, what prevails is wonder: “I have come to see that the Church, the Movement, are truly the work of an Other. What Christ works is more powerful than any social, cultural, economic, and ‘affective’ condition. Jesus is able to ‘raise up sons for Abraham even from rocks.’ Already in the 16th century, Francis Xavier saw clearly that Japan requires that the Christian method be lived in ardent fidelity to its origin: a one-to-one encounter, person-to-person. I go to meet an ‘I,’ whose heart was made for the encounter with Christ. Thanks to the charism, the historical circumstance, for me, is a renewal of the encounter, while for the other person it is the opportunity for accepting it. And it is moving to see that our Japanese friends, without my giving them any instructions, begin to sell Traces or propose the Christmas Tents to raise funds for AVSI. In Japan! The country in which the concept of ‘person’ doesn’t exist.”

On one occasion, Fr. Giussani arrived at the CL Presidential Council waving a letter. He had it read aloud: “A friend recounted that while he was on holiday in Myanmar (Burma), he had met a local priest who, by chance, had come across an extract from one of Fr. Giussani’s books. This extract described the time he got lost in the Tradate woods, near Venegono Seminary. He began crying out for help. The Burmese priest recognized himself in that cry, the cry of a man alone. Before the end of the letter, Fr. Giussani caught my eye and I understood. From that day, I call Fr. John in Myanmar every Sunday afternoon and, when I visit Thailand, I take the opportunity to go to see him.” No one had ever imagined it possible for a priest in the jungle of Myanmar to come across a text of Fr. Giussani, even less for someone from CL to pass by there. It happened in a strange way: “A boy went off there on vacation and his fiancée told him to remember to go to Mass on February 11th for the recognition of the Fraternity. He could easily have forgotten. Who knows why he remembered? And to find a Mass in Myanmar is not easy. He went to a church, but there was no Mass that day. He could have given up; who knows why he continued to look for one at a shrine in the middle of the jungle? Fr. John was amazed that a tourist should be looking for a Mass. That ‘Who knows why?’ is the key for understanding why the Church is still present in history.”

With tenderness. How is it possible to understand the direction when the community is still an embryo, a tiny group of two or three people? “When he used to go to see the first friends in Spain, Fr. Giussani would ask them only one thing: whether or not they were happy. This is the right question, because to respect the work of the Holy Spirit means learning to look at people and look at the step they are making in that moment. So the gestures we make, the things we propose must be proposed with the tenderness of the Father toward his children. It is an attention that is never taken for granted and has always to be renewed. This is the way in which each of us can feel his life touched by God’s mercy”–even within problems, unfaithfulness, and errors. Not everything happens as we would want, for good or for bad. “But at the root of all lies the certainty that what happens to me is what corresponds to me. If I were to lose sight of this experience I have, everything would be absurd, without sense–like when you are leaving for Australia on Thursday morning and you have to be back on Monday morning. You spend more time on the plane than with the friends of the community. Instead, you come to realize that even something like that is reasonable if you let Christ use your flesh in order to communicate Himself.”

The image Fr. Ambrogio uses to describe the role of “visitor” is a difficult one to imagine. “The first Visitor was Our Lady who, when pregnant with Jesus, went to see her cousin Elizabeth. Men of her time saw a woman setting off on a journey carrying a child in her womb. The deeper reality was Christ who was carrying Mary to His encounter with John the Baptist. St. Paul says, “Caritas Christi urget nos. It is Christ’s love that drives us. In order to make Himself known, Christ uses us, our body.”

The next trip will be to Dubai, in the United Arab Emirates. It will be his second time there, but the new thing is New Zealand. The Movement has reached there, too. Who knows why?