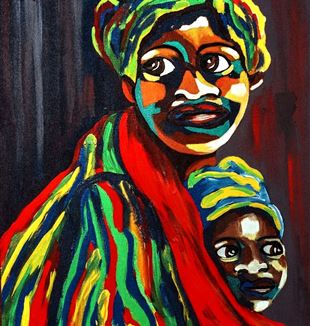 "I have nothing to offer Africa but the truth of Christ.” These are the words of Benedict XVI, spoken on the eve of his journey to the great African continent on March 15th. “I have nothing else to offer, before its great, deep religious soul, its ancient cultures and its difficult journey, its painful wounds and its potential hopes.” It is the most lacerated continent and, at the same time, the protagonist of an exceptional increase in faithful. The statistics say that within a few years, the number of Africa’s Catholics will be more than those of Europe. The African Church is a Church that questions everyone. On October 4th, the Second Synod of Bishops for Africa opened in Rome. On the occasion of this great meeting, we asked people who actually live in Africa to introduce us to its people and its Church. These witnesses are from as far apart as Nigeria and Kenya, six men and women who, in different ways, have been long immersed in the “painful wounds” and in the “potential hopes” of the continent: two Italian missionaries, Fr. Giuseppe Panzeri, a Capuchin from Lecco, who has spent 15 years in Cameroon, and Caterina Dolci, a nun from Bergamo, with 24 years in Nigeria; Luigi Salemi, a young architect from Johannesburg; Rose Busingye, a Ugandan who cares for women suffering from AIDS and for war orphans (she takes part in the Synod as an auditor); Renata Cardini, an entrepreneur in Addis Ababa; and Joakim Koech, a teacher from Nairobi.

How is the experience of faith lived in Africa?
Rose: The African people have a great religious sense. The sense of depending on something greater than oneself is deeply rooted. The danger is that the faith remains on the surface, because it doesn’t penetrate to the deeper levels of man. It’s only when I have a problem, illness for example, that I go to church to pray for a miracle; but God is not relevant in my life. It is as if the faith is lived in the “magic” background of the African mentality. I have no money, so I pray and the money comes, but God has nothing to do with my life; it’s not He who is creating me now, not He who is giving me being, giving me breath. It’s as if He were walking alongside my life. But, instead, the reality is deeper: it is He who is making me in this moment.

Sr. Caterina: The same risk is widespread in Nigeria, too–a separation between faith and life, above all in the north, where I live. The churches are full, people sing and dance, but the link with life is missing. It is more a religiosity.

Fr. Giuseppe: But this dualism is overcome when someone’s expectation meets an answer in flesh and blood. When the Pope came to Cameroon to announce the Synod, there were busloads of people moving to see him, saying, “It’s as if Jesus had come to see us.” When I visit people’s homes, they comment, “God has come close.” The dramatic fact is that often the Church is lived as an organization, both by the people and by the clerical mentality, while in the people there is this expectation of a God who comes close. This expectation risks being lost, partly because of a misunderstood “inculturation.”

The factor of “inculturation” is one of the pivotal points of the Church’s reflection, especially on Africa. It concerns the encounter between Christianity and the traditions of a people. Pope John Paul II defined it in this way: “A culture, transformed and regenerated by the Gospel, produces from its own living tradition original expressions of Christian life and thought.” How is this lived in your countries?
Fr. Giuseppe: Often “inculturation” is misunderstood, because it is reduced to a confrontation between two cultures, the African and the Western. The result is two worlds that either run parallel to each other or become syncretistic. This is not inculturation. A new element breaks in to a culture in which Christ has never been spoken of, and a new culture is born. In some tribes, there are no expressions for “hope” or “penance” for example–the words do not exist. To “inculturate” means to bring a new experience, not a confrontation of different cultures.

What lies at the root of this misunderstanding?
Rose: For many, some naivities of the first evangelization. It was said, “Throw away the idols; I’ll tell you who God is.” It’s different if you tell someone, “I’ll help you to know God, because I am looking for Him, too. He created me and you.”

Fr. Giuseppe: It is very clear from the names. In my zone, northwest Cameroon, the Christian God is called Nyvymban, that is, “God of the whites,” as if He were an imported God.

Luigi: It’s the same with Baptism. In Africa, there are normally no versions of the Christian names in the local language, so these are added alongside the tribal name, and they remain separate. Culturally, it implies that Christianity does not complete your humanity.

Joakim: For us, another aspect of this interpretation of “inculturation” is evident. After colonization, there was a strong trend to “Africanize” the Church–the idea was that we have to have “our” Church. So even in the convents, the nuns wear colored, “traditional” veils, but in this way everything is reduced to a question of form.

Fr. Giuseppe: Or people face a radical choice. In Cameroon, the first generation of Christians (who are now 80–90 years old) found themselves faced with a clear choice: either the tradition or Christianity. They had to choose, and they chose Christianity. So, in a way, they have a more deep-rooted faith but, all the same, they lived a separation.

Is it possible not to live this separation?
Joakim: Yes, though not because of the widespread idea that Christianity adapts to African culture, but rather because in the Christian event, as the encounter with CL was for me, you experience that your heart has an infinite desire. This is not something African, it is something of man, of everyone.

Rose: The Movement proposes a method that asks the reasons for your experience, but it’s not an intellectual exercise; it’s an encounter, so it values what is there. It comes to my mind that if Fr. Giussani had been the first missionary in Uganda, he would have given great value to the African people’s religious sense. He would have said, “What you are looking for in the spirits is God; and if at first He was unknown, now He is present and He is looking for you.”

How does Christianity change what is there without cancelling it?
Fr. Giuseppe: Many people come to Mass, but then follow rites of their traditions, and then they ask a Muslim friend to pray… They try a bit of everything. Instead, when the encounter really happens, it changes everything, because it embraces what you are and your history. I am thinking of a friend of mine, Peter. He told me, “In my tradition, I understood something about what it means to be a man, but in the encounter with Christianity, I understood that I had a greater dignity.” The Christian event doesn’t censor anything, but makes us understand ourselves better. The test is also that the relationship with the tradition becomes free, because tradition tends to become a cage. Tradition doesn’t begin as a search for the divine, and it ends up becoming a structure. The village chief tells you what you have to do and, if you don’t do it, you are excluded from the tribe. It becomes a burden instead of a help.

What other questions need to be tackled by the Synod?
Sr. Caterina: The increasing danger in Nigeria is the perception of the Church as an organization, and of the parish priest as the head of a power group. And it is more and more difficult to appoint bishops because the various ethnic groups want their own representatives, and there are even threats made.
Luigi: In South Africa, there is a new generation of bishops. Before, the Church was only something for “the whites.” Now, there are many African bishops. However, this means that many young men enter the seminary out of interest; it’s seen as prestige. Since they have no money for studies, they choose the way of the priesthood.

Renata: Our situation is very different. Ethiopia was a Jewish civilization, and then it became one of the very first Christian communities; it has a thousand-year history, so the culture is fundamentally Christian but, as in other countries, the persistence of a form of magic is evident. Then we cannot forget that there is a huge number of different confessions present in Africa. In Ethiopia, the majority is Orthodox; Catholics are only 1%. Of these, because of their education, many live like me in the difficult presence of two souls, the Catholic and the Orthodox, in the same family. This difference is reflected in the society, too. The Orthodox Church tends generally toward social assistance, while the Catholic Church proposes a change in the person, so that the person can get to know himself, grow, have a job and a family. It is essentially a presence of educative works.

Signs of hope?
Fr. Giuseppe: The concern for “inculturation” on the part of the Church has produced some fruit. Certain structures that supported the life of the tribe are now part of the parish structures. Where we are, the warriors’ meeting (the samba, which means “seven”) has become the meeting for decisions about the life of the parish. The procession with the lectionary at Mass now has the form of the procession that once led the messengers to the village chief. Traditions that have disappeared in many villages survive in the churches.

Sr. Caterina: The problem for the Church is the same everywhere: to announce Christ, without getting fossilized in the forms. It will be up to the people to see what to do about the traditions. The young people in my village tell me, “Here, we fell free to express ourselves; in our tradition, we cannot, because there is the hierarchy.” They understand very well that a Jesus who brings you this freedom is more fascinating. There is a great thirst for a Christ who responds to all questions. This is our responsibility.

Luigi: When I think that God has reached as far as South Africa, the southernmost point of the continent, then I understand that the Mystery is at work, and will go on working forever, even though I don’t know how.

Rose: God has no frontiers, and does not stop even before sin. We have to have the simplicity to acknowledge this fact. God has entered the world, without being disgusted by anything. That is where our hope lies.