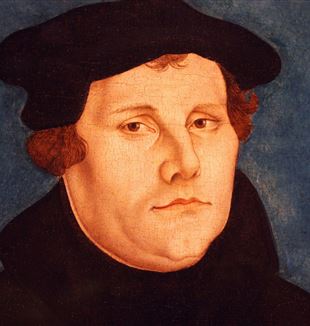 At the Angelus on Sunday, October 31st, the Pope authoritatively commented on the signing of the Joint Declaration on the Doctrine of Justification by Faith, signed that very day in Augsburg, Germany, by representatives of the Catholic Church and the Lutheran World Federation. It is highly significant that this signing took place in the same place where, in 1530, the first written text describing the beliefs of the Protestants was given to the Emperor and read in public.

"This is a milestone," John Paul II stated, "on the difficult path to re-establishing full unity among Christians…. This document represents a sound basis for continuing the ecumenical theological research and for addressing the remaining problems with a better-founded hope of resolving them in the future. It is also a valuable contribution to the purification of historical memory and to our common witness."

Johan Paul II spoke about the historic step forward during the ecumenical celebration on November 14th, in memory of St. Bridget, co-patroness of Europe (see box).
The Joint Declaration is the fruit of a renewed ecumenical climate that has characterized the last decades of our century and which the Pope recognizes, expressing his "thanks to all who prayed and worked" to make it possible. The scholars' work was based on a profound study of the texts of the Holy Scriptures and of the Fathers and on renewed research into the complex history of the Reformation and the Council of Trent.

The concise formula that traditionally fixes, in the contrast between faith and works, the Lutheran and Catholic conceptions concerning justification appears today in a new light, so that the Joint Declaration states that the working of God's grace "cannot exclude human cooperation: God produces everything, the wish and the act…. Nonetheless, the justified person is responsible not to lose the grace received but to live in it."

Age-long controversy
An article in the October 28, 1999, issue of L'Osservatore Romano commenting on the sensitive work involved in preparing the declaration helps to understand the crux of a controversy that has lasted for centuries: "On one side, the Catholic affirmation of human cooperation with grace has been considered by Lutherans as diminishing the value of the action of Christ or as an attempt to establish its own justice; on the other, the Catholic reproach to Luther's position is that by it justification remains external to man and does not touch his most profound being. These are two undoubtedly differing views of man as a sinner who has been reached by grace, which must not cause us to forget a fundamental point of agreement: only by the grace of Christ can man be saved, and it would be vain pretense to trust in one's own strength or merits."

The centrality of grace
The centrality of the term "grace," elaborated on already by the Council of Trent in response to the Lutheran position and now recognized by both sides as common to them both, should not be missed. It is a term closely connected with that of begging, in which is synthesized the task of human freedom, dear to the life of the one who is our father.

From the historical point of view, furthermore, the consequences cannot be forgotten of a schism so deep that it has wounded the face of the Church for more than 400 years and made the path toward eternity more difficult and lonely for millions and millions of people in Europe and America. It is also necessary to remember that the many wars that devastated Europe during the 16th and 17th centuries had their roots in a religious division that invaded social and political life also, and that absolutism and capitalism have found in this fracture a soil in which it was easier for them to grow.

It seems to me that the Pope's new reference to the purification of historical memory on the occasion of this initial reconciliation between Catholics and Lutherans can be understood as an invitation to look deeply into the common path of all men, guided mysteriously by a Providence that is affirmed through their errors, their rigidity, their mutual misunderstandings.

More than once in the course of his pontificate, John Paul II has asked forgiveness for the sins and errors by which Christians have dimmed the face of Jesus. Often he has been misunderstood. With these gestures he has taught everyone a loyalty that overcomes defenses, by the strength of a total abandonment to the Mercy which sustains the world and which triumphs, even in the obscurity of appearances, wherever it is recognized and invoked: "From generation to generation His mercy is spread over all those who fear Him."

Today, as we approach the beginning of the Jubilee, the call to penitence and hope draws nearer. This seed of unity, planted in Augsburg, can be an occasion to "feel with the Church," so that not only piety and devotion are roused, but also a recalling of and leaning on the treasure of grace that reposes in the bosom of the Bride of Christ.

Mutual Comprehension
My thoughts now turn to October 5, 1991, when a solemn ecumenical celebration was held in this same basilica for the sixth centenary of St. Bridget's canonization. On that occasion I said, "For 25 years Lutherans and Catholics have been working to rediscover their common path.... Theological dialogue has brought to light again the vast heritage of faith which unites us.... Everyone knows that the Protestant Reformation began from the doctrine of justification and that it destroyed the unity of the Christians of the West. A common understanding of justification... will, we are sure, help us to resolve the other controversies directly or indirectly linked to it." This "common understanding," which I had hoped for eight years ago, today, thank God, has become an encouraging reality. This achievement of the ecumenical dialogue, a milestone on the way to full and visible unity, is the result of an intense work of research, meetings, and prayer.

However, we still have a long way to go: "grandis restat nobis via." We must do even more, conscious of the responsibilities we all have on the threshold of the third millennium. We must continue to walk together, supported by Christ, who prayed to the Father in the Upper Room on the night before His death that His disciples would "all be one." (Jn 17: 21)
(from L'Osservatore Romano, November 15-16, 1999)

The document is without doubt a sure point of departure for further ecumenical steps. It exhorts us to carry out theological research in an ecumenical ambit and to eliminate the obstacles that still prevent the so deeply desired communion at the Lord's table. For this we must strive, uniting our forces, to translate the content of the doctrine that we have elaborated on together into the language and the life of our contemporaries. This needs good interpreters, able to transmit the truth in fidelity to one's proper identity and out of love for the partner in dialogue.
(from L'Osservatore Romano, December 9-10,1999)